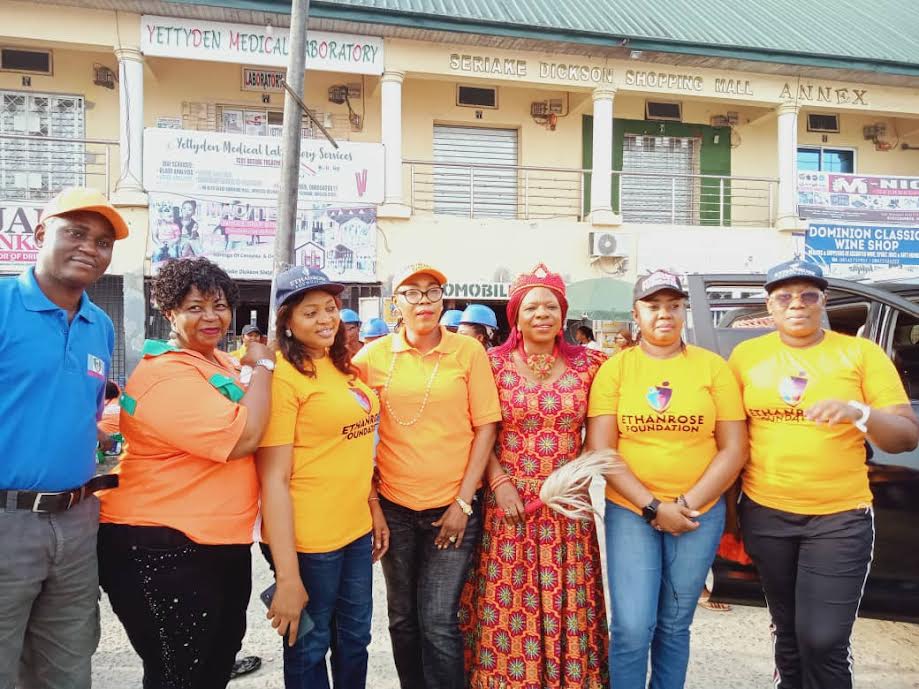 According to a report by Sun News, the fight against gender-based violence in Bayelsa State spearheaded by the administration of Governor Douye Diri has received a boost from wives of first-class traditional rulers in Bayelsa State and other key stakeholders involved in the advocacy for the protection of women against violence.

The wives of the traditional rulers to demonstrate their support for the fight against gender-based violence adopted a 13-year-old girl defiled by her father.

The President of Bayelsa Traditional Rulers Wives Association, Her Majesty, Queen Josephine Diete-Spiff, represented by the Secretary, Her Royal Majesty, Diongoli Okportari, said the adoption is part of ways to show commitment to the steps taken by the state government on gender-based violence.

The traditional rulers’ wives and other supporters staged a massive walk around Yenagoa, the Bayelsa State capital with a declaration of support for the show of commitment by the state government against gender-based violence in the State.

Those that participated in the road walk organised Gender Response Initiative Team (GRIT), as part of activities marking the 16 days activism against gender-based violence with the theme ‘Orange the World: End Violence against Women now include the Association of Professional Women Engineers, National Association of Women Journalists (NAWOJ), The Ethan Rose Foundation, International Federation of Women Lawyers (FIDA), Medical Women Association of Nigeria and the Nigerian Union of Journalists (NUJ).

The Chairperson of GRIT, Mrs Dise Ogbise, pointed out that the road walk with key stakeholders is the re-affirmation of the commitment of Governor Diri towards putting an end to the incidents of gender-based violence.

Also speaking, a member of the GRIT, Mrs Ann Obuebite called for all hands to be on deck to fight violence against women and children urging victims of violence to speak up so as to get urgent help.

The State Chairman of the Medical Women Association of Nigeria, Mrs Gbanaibolou Oweife, who observed that the years of violence against women and children have had psychological effects on the victims, assured that the union is committed to helping victims of abuse.

The chairperson, Breast Cancer Association of Nigeria, Bayelsa state chapter, Pastor Felicia Afenfia pledged their support towards eradicating all forms of violence against women and children.