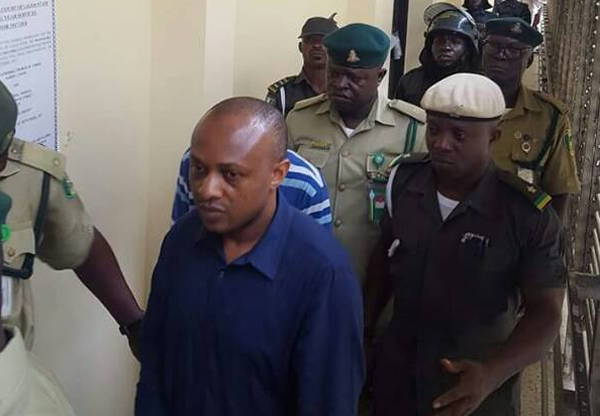 A high court in Ikeja has fixed February 25, 2022 to deliver judgment in the case of Chukwudimeme Onwuamadike, suspected kidnap kingpin better known as Evans.

The six defendants were arraigned on August 30, 2017, on two counts of conspiracy and kidnapping.

According to the prosecution, they allegedly kidnapped Dunu in Lagos on February 14, 2017, and collected £223,000 (N100 million) as ransom from his family.

All the defendants during the criminal trial have maintained their innocence.

At the court session on Friday, Victor Opara, counsel to Evans, while adopting his final address, submitted that there is no direct evidence linking his client to the crime.

He told the court that Dunu, the alleged kidnap victim, said to be blindfolded throughout his 88-day ordeal, did not state to the court in his testimony that he could physically identify Evans.

“There is also the fatality of the prosecution’s case that there was no identification parade to identify the first defendant (Evans),” he said.

“There was no evidence before your lordship to show that PW2 (Dunu) had a clear opportunity of identifying the first defendant.”

Opara urged the court to acquit his client.

However, Adebayo Haroun, lead prosecution counsel, in his final written address dated November 30, had asked the court to convict the defendants as charged.

“When a man has confessed to the crime, you do not need an identification parade,” he said.

“There is direct evidence of PW2 (Dunu) testifying of how he was kidnapped, how he escaped and the roles the defendants each played.

“We have circumstantial evidence linking the first defendant (Evans) to the crime, and we also have confessional statements and video recordings of him.

“We urge your lordship to convict the defendants as charged.”

After listening to submissions from the counsel, Hakeem Oshodi, the presiding judge, fixed February 25 for judgment.