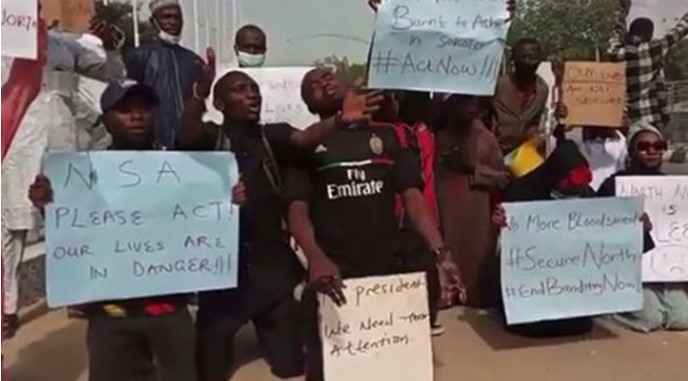 Some angry youths have taken to the streets to protest against the inability of President Muhammadu Buhari to find solution to the incessant attacks by armed bandits in Northern Nigeria.

The protesting youths, who partly blocked a major highway on Friday, were seen displaying placards depicting their anger at the killings in Kano, Bauchi, Zamfara and Sokoto states.

They called on President Buhari and governors to show more interest in tackling insecurity in the Northern part of the country including the  Federal Capital Territory (FCT), Abuja.

The protest comes a few days after gunmen suspected to be bandits burnt at least 30 passengers inside a bus traveling from Sabon Birni local government area to Sokoto town. 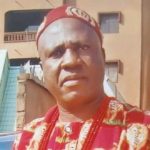