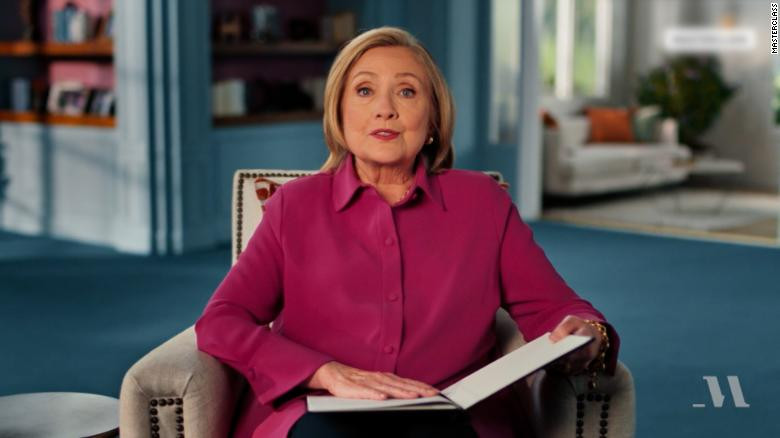 For the first time following her 2016 presidential election loss to Donald Trump, Hillary Clinton has read what would have been her victory speech.

The former U.S. Secretary of State and first lady read chunks of the speech as part of a MasterClass she is giving on the power of resilience.

“In this lesson, I am going to face one of my most public defeats head-on by sharing with you the speech I had hoped to deliver if I had won the 2016 election,” said Clinton in a voiceover in the video on the NBC Today talkshow website.

The video shows Clinton opening a document and reading excerpts of her speech, where she talks on the importance of unity.

“My fellow Americans, today you have sent a message to the whole world … We will not be defined only by our differences, we will not be an us versus them country. The American dream is big enough for everyone,” she says.

The speech then talks about the milestone of her victory to become the United States’ first female president and what it would have represented for the country and the world.

“I’ve met women who were born before women had the right to vote … I’ve met little boys and girls who didn’t understand why a women has never been president before,” it reads.

“This is a victory for all Americans, men and women, boys and girls, because as our country has proven once again, when there are no ceilings, the sky’s the limit.”

Clinton then gets tearful when she spoke about her deceased mother’s tough childhood and what she would have said to her about the victory if she could go back in time. Dorothy Howell Rodham died at the age of 92 in 2011.

“I dream of going up to her … and saying ‘look at me, listen to me, you will survive, you will have a good family of your own and three children and as hard as it might be to imagine, your daughter will grow up and become the president of the United States’.”

Watch the video below

Hillary Clinton is sharing the victory speech she planned on giving after the 2016 presidential election for the first time on a Masterclass episode about “the power of resilience.” https://t.co/qbqVM6hPHG pic.twitter.com/7kZo2Twfs0