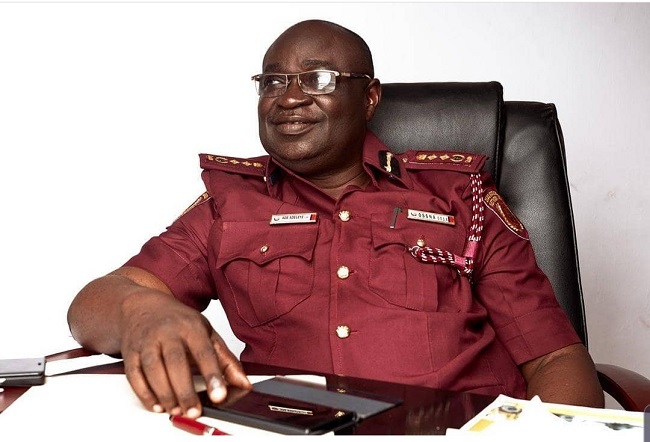 Why we engage in stop-and-search in Ondo —Amotekun

The Commander of the Ondo State Security Network Agency known as Amotekun, Chief Adetunji Adeleye, on Thursday said the ongoing stop-and-search and vehicle identification exercise in the state is to checkmate activities of criminals.

Adeleye who stated this in Akure, the state capital said the exercise became necessary following intelligence reports from credible sources that bandits and criminals have perfected plans to carry out nefarious activities in the state during the Yelutide.

He disclosed that the operation of the Amotekun Corps was backed by law and being carried out in collaboration with other security agencies, revealing that no fewer than 50 vehicles that violated the directive had been impounded since the operation commenced earlier in the week.

Denying claims that the officials of the Amotekun were involved in search of mobile phones of motorists, saying the personnel were only carrying out search on suspicious tinted vehicles and checking of police tinted permit and said no amount of criticism would make Amotekun back down on its mandate to rid the state of criminal activities during the yuletide.

He said “We received intelligence report from credible quarters that bandits and criminals are trying to carry out nefarious activities in the state.

“We hinted the general public about two weeks ago to be very vigilant. This information became more credible when we heard that some of the places mentioned in the intelligence report, armed robbers had actually struck. One in Osun and one in Ekiti State.

“The state government in its quest to ensure adequate security of lives and property in the state quickly called security council meeting where all security agencies were directed to be on ‘yellow’ and on alert to sensitise the public to be careful, watchful and to intimate any security agency in the state of any suspicious movement.

“As part of the core mandate of Amotekun which is mainly complementary to the services of all security agencies. Before this exercise, we recognize the need to intimate the general public which was done via various media houses.

“Virtually, more than 90 percent of criminal activities in the state are been perpetrated with the use of unregistered, covered and tinted vehicles. Again, majority of these criminal activities are also being carried out using Okada especially in the evenings.

“To this end, the state government directed all security agencies in the state to collaborate and work together to ensure that after the deadline, whoever uses a dark tinted glass would carry a police permit. Further more, the use of unregistered vehicles on roads which makes it difficult to track down criminals was also banned.

The Amotekun boss aded that “I don’t see any reason you will buy a car and you choose to not register it for one to three years if you don’t have ulterior motive. Again, the law is clear on the use of tinted glasses. Approach the relevant security agency and obtain a permit.

“We found out that some of the criticisms coming up from an uninformed point of view, accuses the corps of going beyond its mandate. I want to refer them to the Ondo State Security Agency and the Amotekun Corps law of 2020; Section 5; 5a; 5i; 5j which gives specific core mandate to the exercise being carried out by the agency.

“In the specifics, it creates provision for the collaboration with other security agencies in monitoring criminals on major roads. The provision of the law is very clear about it and I want to advise them to pick a copy of the law which is available in the public domain. Most of these criticisms come from sponsored agents who felt they could blackmail to turndown the arms of the law.”

Adeleye who assured the residents of the state of the corps commitment to ensuring safety of lives and property across the state, saying those who violated the law would be made to comply with the penalties before impounded vehicles would be released to them.

“I want to assure you that we remain focus and committed to assisting all other security agencies in the state in ensuring safety of lives and property in Ondo State.

“In the usual magnanimity of the governor of the state, he has opened a window whereby those not willing to go to mobile courts would settled with the board of internal revenue, they have to register those vehicles before they take them out of our custody, tinted vehicles will have to remove those tints or bring permits and cautionary fee would be paid to the coffer of the state government.

“Nothing is coming to the corps. All of such transactions would happen through the internal revenue of Ondo State.”

FALSE! Yoruba Not An Official Language In Brazil

Claim: A national newspaper and multiple online platforms claim Brazil has adopted Yoruba as its official language and that the language would be included in primary and secondary schools curriculum.

Verdict: The claim is false. The content of the article published by these online platforms is not new; it has been recirculated several times and has been debunked.