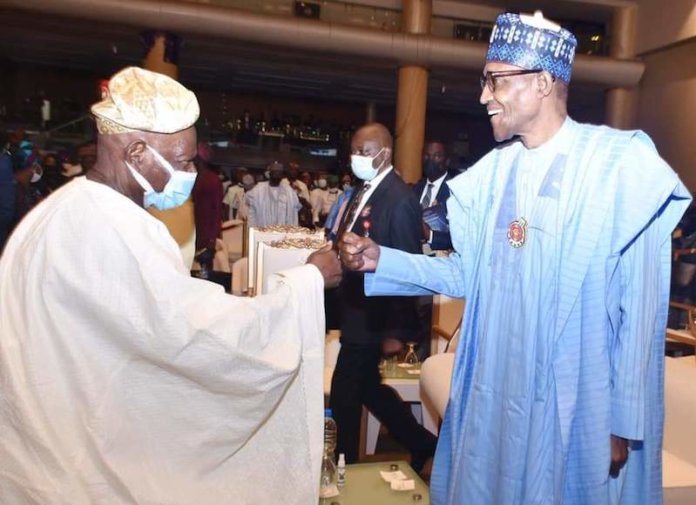 *Describes APC chieftain as man of inflexible integrity he can follow to the jungle
*Author, a selfless leader, says Tinubu
*Sanwo-Olu, Onu others extol his virtues

Segun James in Lagos and Deji Elumoye in Abuja

President Muhammadu Buhari yesterday reminisced on the failed bid by former Governor Bisi Akande to seek re-election in Osun State in 2003, and laid the blame squarely on the doorstep of the then president, Chief Olusegun Obasanjo.

He also described Akande who served as the pioneer National Chairman of the ruling All Progressives Congress (APC) as a man of inflexible integrity and a perfect public officer that he can follow to the jungle.

The president who spoke in Lagos, at the public presentation of ‘‘My Participations,” the autobiography of Chief Bisi Akande, reflected on the political history of the author, particularly his bid to seek a second term as Governor of Osun, saying, ”It is common knowledge that Akande was the victim – along with other Alliance for Democracy (AD) governors – of a diabolical double-cross which ended his gubernatorial career. Only the steadfast Asiwaju Bola Tinubu escaped the electoral massacre masterminded by President Obasanjo.

”Desperately disappointed though he was, and being a good Muslim, he accepted this setback as part of the trials of life. He looked to the future of service to the country.”

Buhari also narrated how Akande had risen to prominence from his participation in the Constituent Assembly established by the Military Government of General Olusegun Obasanjo.
“He was always in the thick of things through the difficulties and political discontinuities of the 1980s and 90s.

”On top of that, he inherited a deeply indebted treasury, huge arrears of salary, allowances, and pensions. Enough challenges to overwhelm many aspiring leaders,” the president said.

Speaking further, Buhari said: ”Bisi Akande stood four square and faced all the challenges head-on and overcame most of them. His first action was to stop payment of ‘critical allowances’ a euphemism for government money customarily shared by the big boys in Osun State. ‘This set the tone of his Administration.”

Recounting the achievements of the former Governor of Osun State, Buhari noted that it was on record that within one year, Akande had paid off all the salary and other arrears, showing his mettle as a competent and serious administrator.

”By 2003 Chief Akande had virtually sanitised governance in Osun State having cleared some of the troublemakers from his government and, though reluctant to serve a second term, he was persuaded to run again.”

He further described Akande as a, “perfect public officer,” and the type of person he could go into the jungle with adding that the author has retained his ‘‘inflexible integrity,” in and out of public office, never accepting or offering bribes.

President Buhari, who heaped praises on the former governor of Osun State, further described him as a decent, truthful, and friendly person as well as an administrator of the first order, whose leadership qualities made him the unanimous choice as the first Chairman of the APC.

He used the occasion to narrate his first meeting with Akande, his passion for Nigeria, achievements, and disappointment as governor of Osun State as well as his many battles to wrest power from the then ruling party, the Peoples Democratic Party.

According to him: ”My first personal contact with Chief Akande was, if I recall correctly, in 2006 when preliminary consultations were coming to fruition for a grand coalition to unseat the PDP Government. Those efforts eventually came to nothing.

”Neither he, nor I, nor many of our friends and associates gave up as, in Chief Akande’s words: “the country was going down and down under PDP” (p.396 of My Participations)”.
Reflecting on APC’s ascent to governance at the Federal level in 2015, President Buhari recalled that, ”Chief Akande was in the thick of further attempts in 2011 and 2014 to fuse together different groups and dislodge PDP from governance.

”The key to his thinking which coincides with mine is that Nigeria can only be successfully managed by alliances between major groups.

”Although we failed in 2011 but by persistence and knowledge that PDP was driving the country towards disaster, several major parties were able to finally coalesce into APC in 2014 .

”Chief Akande was unanimously chosen as the first Chairman of this great coalition.
”Throughout the difficult negotiations, I found Akande truthful, steady and always with an eye to the ultimate goal.

”In or out of office, he has retained his inflexible integrity. On p.400 of his book, he wrote: ‘I never gave to or demanded bribe from anyone all my life.’ A perfect gentleman. A perfect public officer, he said.

Quoting a famous Hausa saying, ”Labarin zucciya a tambayi fuska” (loosely translated -if you want to know what is in a man’s heart watch his face), President Buhari affirmed that Akande has a permanent smile on his face, saying, “he is the type I will go into the jungle with.”

Earlier, the celebrant and author of the book, Akande, said he had no sympathy for President Buhari over the criticisms he receives from Nigerians on the challenges facing the people and the nation, saying, “you applied to be Nigeria’s President.”

“We (Nigerians) know you love the country, but we want Nigeria to be peaceful, to prosper. We abuse you for everything that is wrong in the country. We know we are fraudulent, cheaters and for all the wrongs we still blame you for it. I don’t sympathise with you because you applied for the job,” he added.

In his remark, Senator Bola Tinubu commended Akande, describing him as a hero, a selfless leader, self-disciplined who rose from grass to grace through dint of hard work and determination.
According to Tinubu, the merger of coalition of parties into APC in 2013 could not have been successful without efforts of Akande.

Tinubu stated that, “every now and then, we come across a person so exemplary and excellent that one word seems to fit them perfectly: Hero.

“Chief Bisi Akande is such a person. Our lives are better because of the selfless public and private contributions he has made to this national family we call Nigeria.

“Thankfully, he decided to make a written record of the events, ideas and lessons of his profound life so they may serve to enlighten and educate both the present and the future,” he added.

The APC leader added: “Being a key light in our political firmament, whatever Baba says about his life also doubles as an intimate account of the political story of Nigeria. Baba Akande represents what a public figure in Nigeria ought to be. He is what many should aspire to be.

“Baba did not walk the easy road. He earned things the hard and principled way. Nothing deterred him. Though easy-going in demeanor, he was always strong of character. Without seeing the four walls of a university, Chief Akande tutored himself so well that by age 22, he had become a qualified accountant.

“Chief Akande’s political career began with his election into the Constituent Assembly in 1977. Since then, he has not looked back. His skill and abilities catapulted him to becoming the Secretary to the State Government and Deputy Governor of old Oyo State. He then served as the second democratically-elected governor of Osun State.”

According to the former Lagos Governor, people saw in Akande, the rare combination of the gifts of fairness, tolerance and vision.

“The connection I share with Chief Akande is longstanding and broad. We have been fellow travellers in the struggle for democracy and progressive governance. We also shared similar backgrounds in Accounting and Finance. We both honed our accounting skills in oil companies, Baba in British Petroleum, me in Mobil, before our forays into politics,” he added.

Lagos State Governor, Mr. Babajide Sanwo-Olu, in his speech, also described the author as, “a man of integrity and principle who has paid his dues in the poloitical and life struggles. His life and career is a veritable example for those of us coming behind.”

Also speaking at the occasion, Governor Gboyega Oyetola of Osun, described the book, as a compendium of reflections by a man whose philosophy about life is inspiring and trans-generational. 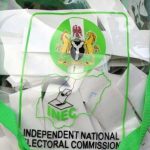 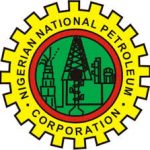 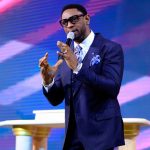 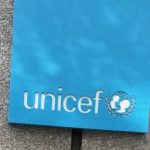 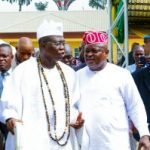