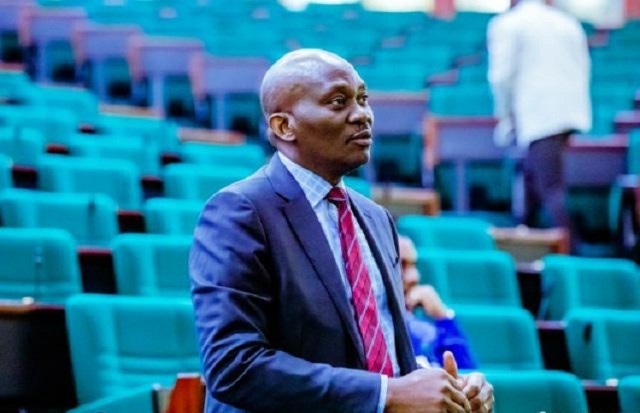 APC will go into oblivion in 2023 – Minority Leader Elumelu

The Minority Leader of the House of Representatives of the Nigerian National Assembly, Ndudi Elumelu, representing Aniocha/Oshimili, federal constituency, Delta State,  on Thursday stated that the ruling All Progressives Congress (APC) will go into political oblivion after inevitable defeat in the 2023 general elections.

Elumelu in a statement by his Senior Legislative Aide, Tony Ayaegbunam, presented at the valedictory session of the outgoing PDP National Working Committee (NWC) in Abuja, observed that the harmony in the PDP “signposts the peace, cohesiveness, and progress that will pervade our nation when our party takes over power in 2023 from the vexatious, retrogressive, and corrupt APC.”

Elumelu stated that the PDP has disgraced the APC which had anticipated cracks and disintegration of the PDP during its leadership transition.

The House Minority Leader Stated: “I am happy that we have roundly shamed the APC and their agents, who, as naysayers and enemies of democracy, had set land mines, expecting our party to submerge in crisis, factionalize and founder, so as to deny Nigerians the platform to rescue our nation from the vicious claws and deadly stranglehold of the APC.

“The APC has failed in governance and party administration and a crushing fall awaits it in 2023.”

He emphasized that the outgoing NWC members weathered the challenges to revamping and repositioning the PDP, thus, restoring the confidence of Nigerians in the party as the only viable platform for the restoration of good governance in the country.

Elumelu declared: “I dare say that in spite of its many challenges, the outgoing NWC is an embodiment of the resilient spirit of the PDP. This NWC took up the challenge, picked our party from its lowest ebb, rebuilt our political stables, rekindled the zeal of our members, and restored the confidence of Nigerians in the PDP.

“The courage and commitment exhibited by our leaders contributed to reigniting the passion in Nigerians to join forces with our party in their collective resolve to rescue our nation from the misrule of the APC.”

The Minority Leader maintained: “since the resolution of the leadership issues in the House of Representatives, our caucus under my leadership has remained stable and forceful in opposition.”

Elumelu expressed his confidence in the new NWC led by Dr. Iyorchia Ayu to take the PDP to the next level of accomplishment – the return of the PDP to power in 2023.