The Department of State Services (DSS) has been ordered to pay the Convener, #RevolutionNow, Omoyele Sowore N2 million.

The order was given by the Federal High Court, Abuja, on Wednesday, over the unlawful seizure of Sowore’s mobile phone in 2019 at the point of his arrest.

Justice Anwuli Chikere, in a judgment, also ordered the DSS to release forthwith the iPhones and the sum of N10,000 which were alleged to have been forcefully taken away from him without a court warrant.

The News Agency of Nigeria (NAN) reports that Sowore, through his lawyer, Funmi Falana, in a fundamental rights enforcement suit, had alleged that the operatives of the DSS, on Aug. 3, 2019, at a hotel in Lagos, forcefully took away his iPhones and the sum of N10, 000 when he was arrested on allegations bordering on treasonable felony and terrorism.

The judge ordered the DSS, the 1st respondent in the case, to also tender an apology in two national dailies within two months.

Chikere described the forceful seizure of the personal property of the publisher of SaharaReporters as “illegal, unconstitutional, null and void and gross violation of his fundamental rights as enshrined in the 1999 Constitution.

She said the DSS ought to have obtained a court order before the confiscation of his belongings and that the seizure can no be regarded as ‘” temporary” since 2019.

The judge also held that the claim by the DSS that his phones were still under investigation since 2019 over his alleged link with terrorists was untenable, illegal and unconstitutional.

Sowore’s lawyer, Falana, while reacting to the judgement, expressed happiness and described it as a victory for justice.

NAN reports that the DSS had, on Dec 1, told the court that it was still investigating the mobile phones of Sowore still under its custody.

The security outfit stated that contrary to the allegations, the phones were “recovered” during his arrest and not seized.

The agency added that the phones were still being investigated for links to terrorism.

But Falana had challenged the DSS on the legality of the seizure without a valid court order.

She urged the judge to dismiss the preliminary objections and order the return of Sowore’s phones as well as pay N20 million in damages to the applicant.

Justice Chikere, then adjourned the matter until Dec. 8 for judgment.

Sowore was first arrested on Aug. 3, 2019, for organising a protest tagged: “#RevolutionNow,” and charged to court on allegations bordering on treason, among others.

He was charged alongside his co-defendant, Olawale Bakare, before Justice Ijeoma Ojukwu of a Federal High Court, Abuja.

He had remained in detention until Dec. 5, 2019, when he was released on bail.

On Dec. 6, he was rearrested inside the court by DSS operatives and was kept in custody until Dec. 24, 2019, when he was later released to stand his trial.

NAN reports that the case has since been reassigned to Justice Bolaji Olajuwon, following Ojukwu’s transfer to the Calabar Division of the court. 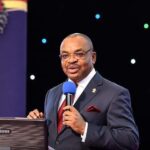 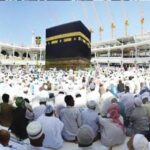 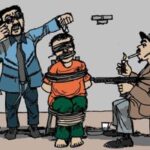 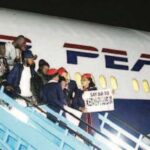