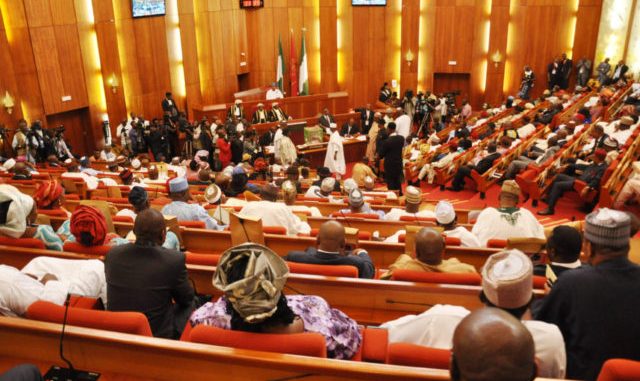 The Senate Tuesday condemned in strong terms, the travel ban slammed on Nigerians by the United Kingdom ( UK) on alleged COVID-19 threat .

The ban, according to the upper legislative chamber, is discriminatory and an assault on diplomatic relations between Nigeria and UK.

It consequently called on the British authorities to consider removing Nigeria from the red list and advised it to be sensitive to the diplomatic relationship between both countries when taking decisions that affect Nigerian citizens.

The red chamber also urged the federal government to engage the British authorities to reverse Nigeria’s inclusion on the red list and as well charged the Nigerian government to remain firm in the enforcement of necessary protocols in the containment of every COVID-19 variant in the country.

It further called on major vaccines powers, namely, Britain, Canada, America, and the European Union, among others, to take urgent and bold steps to ensure vaccine equity in the interest of the entire human race.

These were resolutions reached by the chamber following the consideration of a motion on the “Need for Government of the United Kingdom to remove Nigeria from COVID-19 Red List.”

Coming under order 42 and 52 of the Senate Rules, Ekweremadu noted with satisfaction the efforts of the Government of Nigeria in the containment and treatment of COVID-19 cases.

He said, “Nigeria is among the countries with the lowest cases of COVID-19.

“The decision by the British government to include Nigeria in their COVID-19 list, with its concomitant implications, will affect many citizens of Nigeria, who had planned to spend their Christmas and New Year holiday with their families.

“Also worried that Nigerians with genuine needs to visit the U.K within this period will be denied visa and those with visa will not be allowed to enter the U.K.”

The lawmaker noted that Nigerians have consistently complied with all the COVID-19 protocols required by the World Health Organization (WHO) and U.K government for travelers prior to the ban.

In his remarks, the Senate President, Ahmad Lawan, said the decision to include Nigeria on the UK COVID-19 red list poses a strain on the diplomatic relationship between both countries.

He bemoaned the poor treatment of Nigeria by the UK government.

Lawan called on the British Parliament to intervene with a view to having Nigeria removed from the country’s COVID-19 red list.

“Let there be justification for it. We are not saying that they cannot put any country on the red list, including Nigeria, but there must be reasons for doing that,” he said.