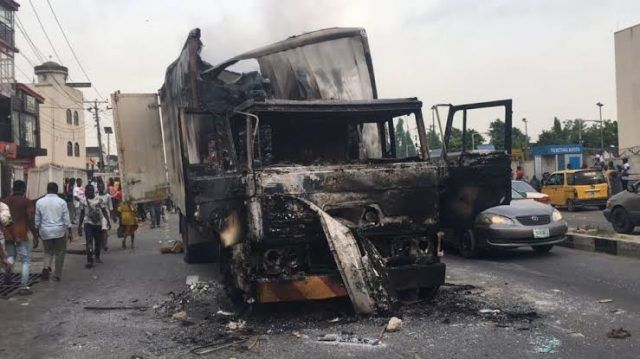 It was a tale of sorrows tears and blood at Grammar School in Ojodu, Ikeja area of Lagos State earlier today when a delivery truck, said to be chased by officials of Lagos State Traffic Management Agency (LASTMA) rammed into the school killing at least 17 children.

The school is located along Ogba-Ojodu Berger Road Lagos.

Witnesses said the incident happened soon after the school gate was opened with students coming out of the school premises in their numbers.

The truck driver was said to be struggling with an official of LASTMA when he lost control of the vehicle and rammed into the school when students were coming out.

“The driver was fighting with a traffic official when the accident happened,” a witness told Business Hallmark.

“The traffic official jumped on the truck and was dragging the steering and in the process the truck rammed into the school. Many students were killed, while several others were injured, some of whom lost their legs and are currently receiving treatment in hospital.

Another witness said the truck driver ran away immediately after the accident, but was caught at Ogba very close to Excellence Hotel, where the truck was set ablaze by angry bystanders.

Though seventeen students were said to have died in the incident, some witnesses said it could more than that.

Adekunle Ajisebutu, the police spokesperson in Lagos, said the casualty figure is yet to be confirmed.

“We are on top of the situation. Adequate policemen are on ground to maintain law and order. The situation is being professionally handled,” he said. 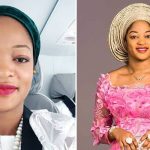