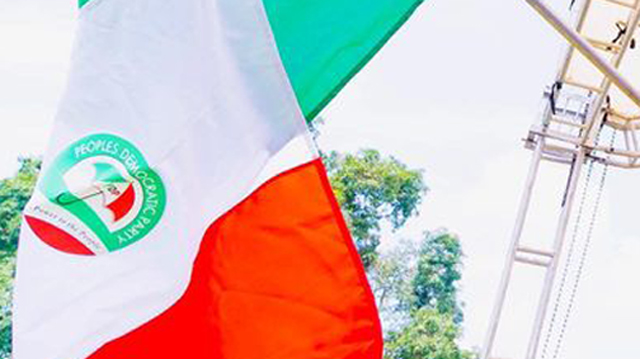 Members of the Lagos4Lagos Movement in the Lagos chapter of the All Progressives Congress (APC), yesterday, moved to the major opposition Peoples Democratic Party (PDP).

The group, which held parallel wards, local governments and state congresses with the main body of APC in Lagos, said its decision to join forces with PDP, in the presence of former Senate President, Dr. Bukola Saraki and three sitting senators from Kogi and Kwara, was after exhausting all options to make the Caretaker/Extraordinary Convention Planning Committee (CECPC) address the anomalies in the aftermath of the congresses.

Making the announcement at the Liberty Centre of Lagos4Lagos Movement in Ikeja, convener of the group, AbdulAzeez Adediran told Saraki and his entourage, that he had done a wide consultation among group members, meet with progressive governors in APC and also some key stakeholders, and the available option, if the group wishes to appear on the ballot for the 2023 governorship election in Lagos “is to jettison the APC platform.”

Adediran told Saraki and his entourage that all members of his movement had agreed not to make the mistake committed by former Governor Akinwunmi Ambode in 2018 when the leader of Lagos APC, Bola Tinubu and others disgraced him by denying him (Ambode) the second term ticket. “We rather chose to take the path of Governor Godwin Obaseki of Edo State, who instantly joined the PDP, when it was obvious that APC would deny him second term ticket.”

He also told the former Senate President that the movement chose to adopt the strategy Saraki used in 2015 to emerge as the Senate President without waiting for anybody to dictate or determine his fate in politics.

Said he: “That strategy you used is what we are using by moving into PDP to take over Lagos in 2023.”

He, however, set a caveat, saying, “I hope PDP would realise that our ultimate goal is to appear on the ballot for 2023. We have numerical strength as a movement, but we can only achieve our desire to be governor by joining forces with a party with a structure. We want to believe that the Lagos PDP is ready to win Lagos.”

Saraki said: “ I have many reasons to be committed to the freedom of Lagos from the grip of an individual, which is why I am joining forces with Lagos4Lagos ahead of 2023.

“My businesses are here and my better half is also from Lagos. This journey did not start yesterday, but it is catching more fire. I have been part of this journey for over a year…”

He said the movement is opening a new chapter, not only for today but also tomorrow and the future generations.

The former Senate President said he has told Lagos PDP members that if they actually meant to take over Lagos, they must be ready to open their doors to new members and be ready to accept those with the capacity to deliver the state for them.

Meanwhile, two Lagos PDP chieftains, Dr. Adetokunbo Pearse and immediate past Publicity Secretary of PDP, Taofik Gani said Lagos4Lagos Movement is welcomed into their party since the common agenda is to set the state free from Tinubu. But in their separate interactions with The Guardian, they warned that Adediran should not think that the Lagos PDP’s governorship ticket for 2023 elections would be given on a platter of gold.

They said though the defection was welcomed, members of the movement must be careful not to cause further wrangling in the party.

Reacting, Spokesman of Lagos APC, Seye Oladejo, said the movement of Lagos4Lagos to PDP was insignificant, and that it is an opportunity for Lagos APC to plan well.