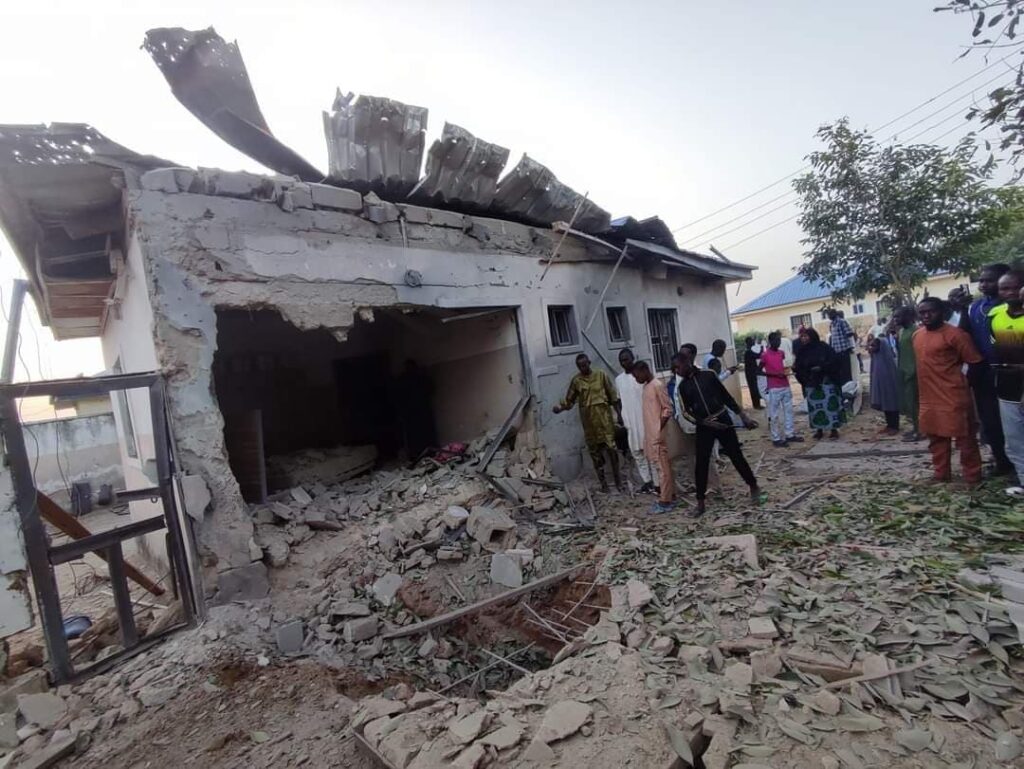 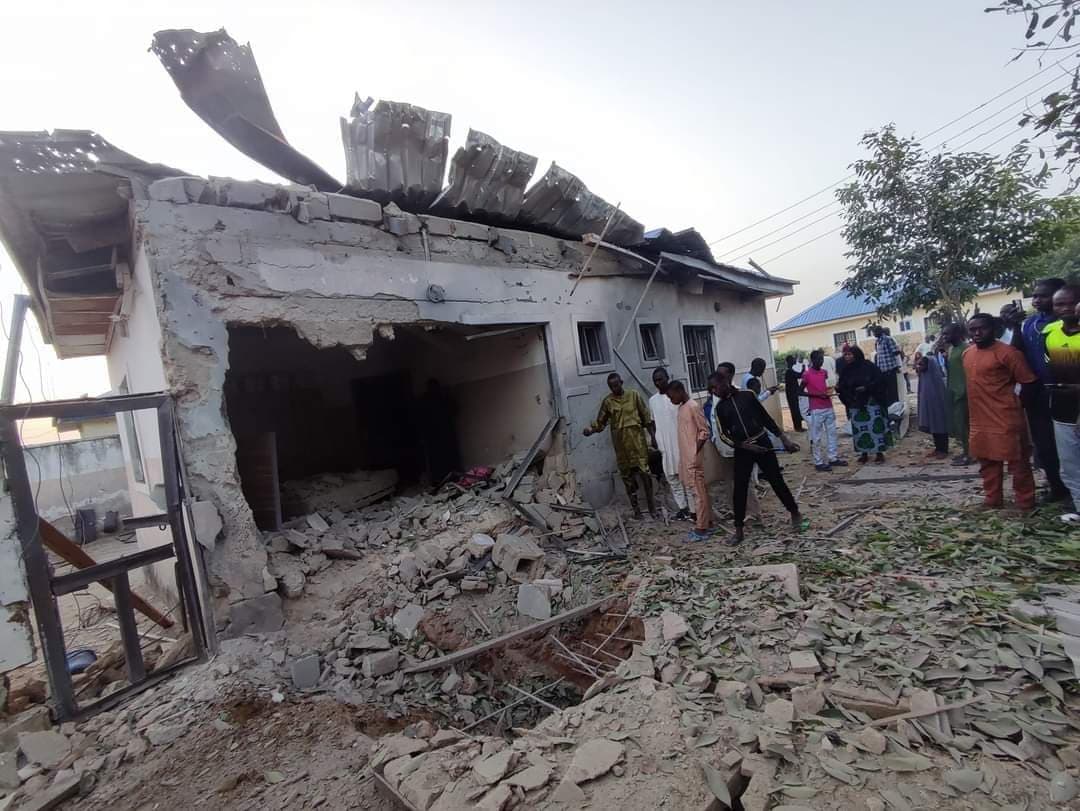 Residents of 1000 Housing Estate in Maiduguri, Borno State capital, woke up to an explosion on Saturday morning.
The explosion believed to have been triggered by Boko Haram fighters sparked tension in the area.

A rocket launcher also landed at Gomari Airport, a community about four kilometres from the airport located in the state capital.

A large crowd was also seen in one of the houses affected by the explosion.

A resident said no life was lost in the incident but Daily Trust could not independently verify this at the time of this report.

A military source said troops of 33 artillery, Njimtelo, opened fire when they sighted insurgents on the outskirts of Maiduguri.

The insurgents were said to have also engaged troops in a gun battle.

The incident happened after at least 20 persons, including two army officers, lost their lives when suspected ISWAP fighters and troops clashed at a military base in Rann, headquarters of Kala Balge Local Government Area of Borno.

Security sources said the incident occurred around 1:30am of Friday at Rann, which shares borders with Cameroon.

It was learnt that the troops killed more than a dozen of the outlawed group and destroyed their operations vehicles.

There was also an attack at Malam Fatori, headquarters of Abadam Local Government Area of Borno.

The town, which shares a land border with Niger Republic, had been attacked severally by Boko Haram fighters.