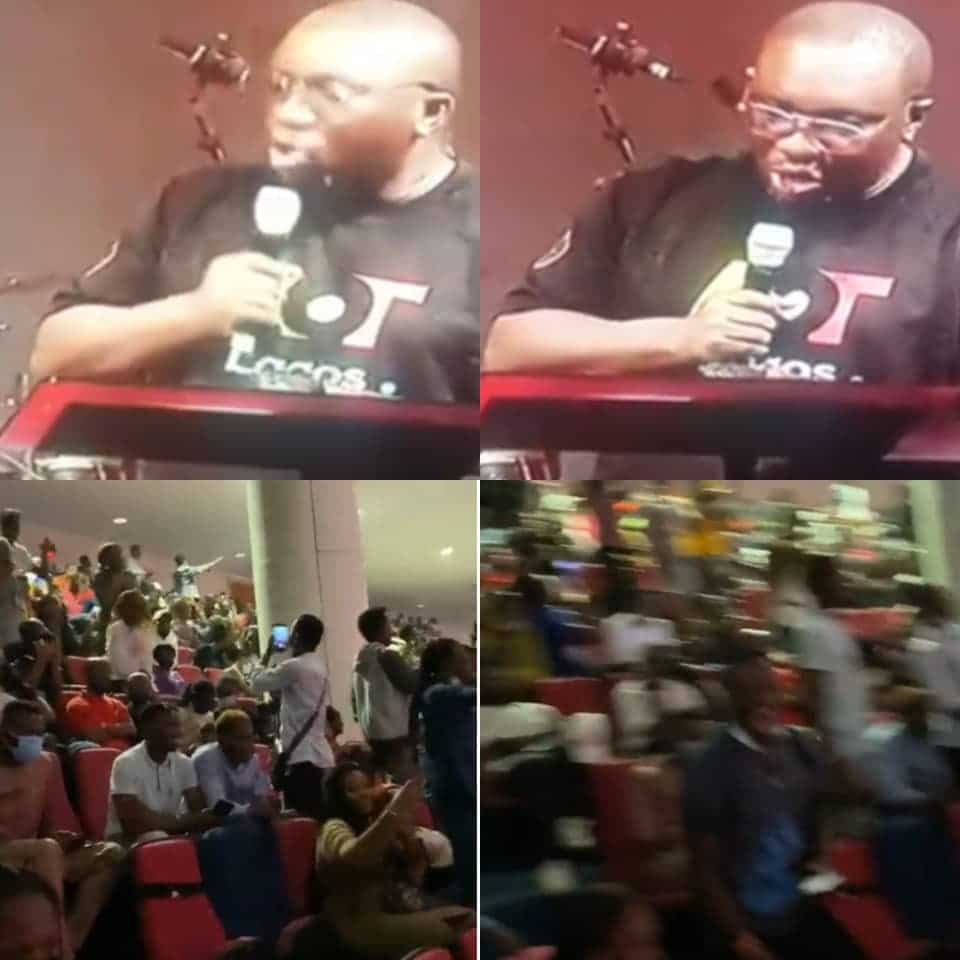 Some angry youths in Lagos on Friday, December 3, booed an official of the Lagos State Government at a gospel program, ‘The Experience’ which was held in the state last night.

According to a Twitter user identified as Paschal, the official of the state government was invited to the stage to give a speech during the programme which was organised by House on The Rock.

The speech of the government representative was, however, disrupted by the angry Lagosian who booed him and asked him to leave the stage.

The founder of the church, Paul Adefarasin, had to apologize to the state government on behalf of the audience.

This is coming after Governor Babajide Sanwo-Olu released White Paper on the report by the Lagos State Judicial Panel of Inquiry on Restitution for Victims of SARS Related Abuses and other matters.

According to a report, the administration of Governor Babajide Sanwo-Olu disagreed with the judicial panel of inquiry and rejected its earlier submission that nine persons were killed at the Lekki Toll Gate when soldiers opened fire on protesters last year.

The Lagos State government in the White Paper, described the claim of killings by the panel as “assumptions and speculations”.

Omo!! Congregation of the house of the rock were booing the Lagos State Government representative.

I felt for the man, he doesn’t deserve this hostile treatment from the “Children of God”. 💔😭 #TheExperience2021 pic.twitter.com/CE6ocyi3Ta