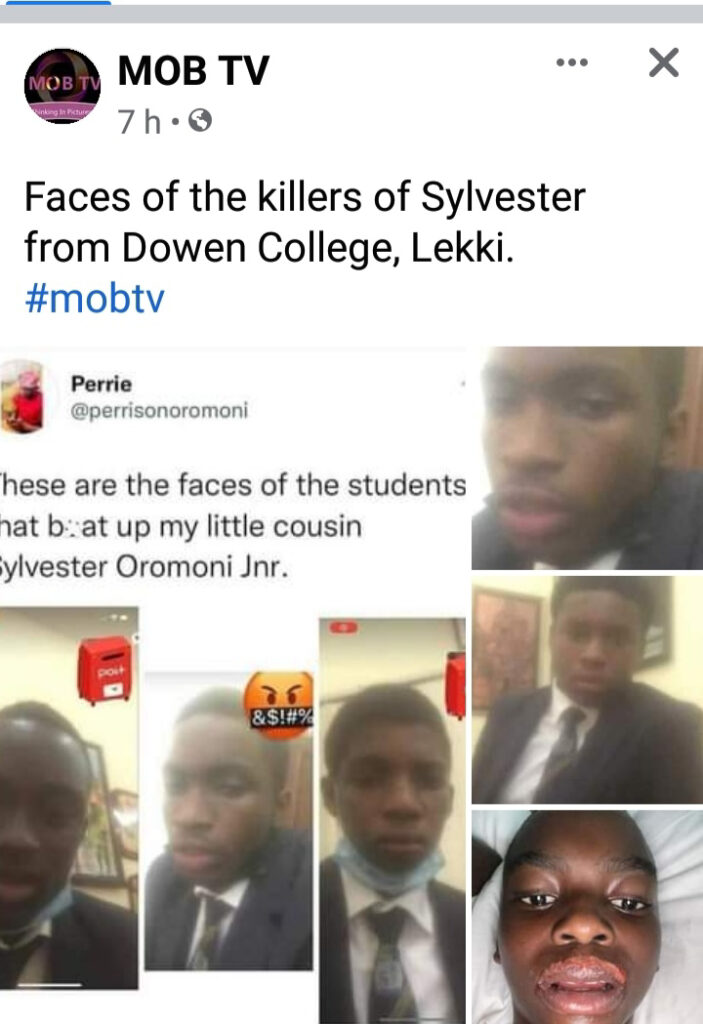 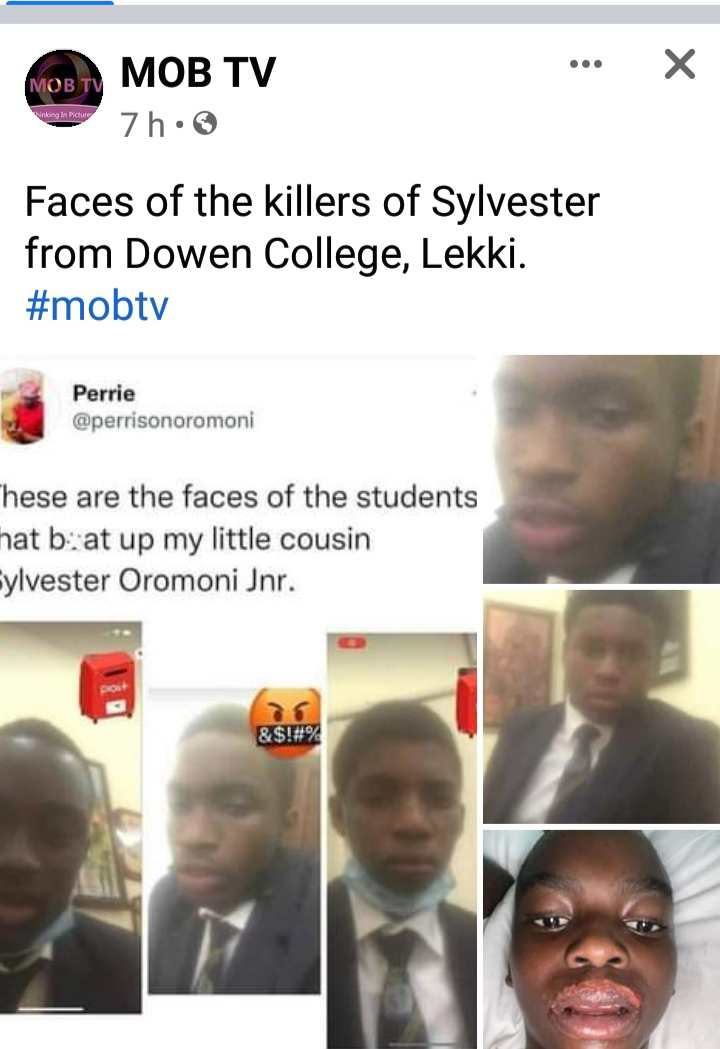 The grieving father, said after the incident of bullying was reported to the school, the young boy was taken from one hostel to another but the bullying persisted and even though he had initially planned to remove his child from the school, he reconsidered because his elder sisters were schooling there at the time.

Oromoni said the family took the boy to the hospital where blood tests and an X-ray were conducted. He said Junior also underwent typhoid/malaria treatments but his lips started peeling.

The father said Junior suffered liver enlargement due to congealed blood. It was also claimed that Junior was fed a liquid substance described as “a chemical” for refusing to join the group.

“My son suffered. His birthday is next tomorrow (Dec 4). I’ll celebrate it. I’ll have a cake baked. I’ll cut it on his behalf.

“The boys they mentioned were also reported to the school the last term when they bullied Junior and collected all his foodstuffs; clothes. I have two daughters, one of whom earlier graduated. I had to remove the second after this incident. They asked this boy to describe the sister’s privates (private parts) and this got to us.

“They put fear in him so much so that, when you ask him, he might keep to himself and say, ‘they will kill me’. This way, we didn’t know what to do. I considered removing him, but reconsidered since his sisters were still in the school.

“The new incident came to my knowledge on November 21st after the school called my wife to notify us that our son was in the school clinic, injured. My senior son, who was to make a London trip, came to see us in Warri.

“The next day, we sent a family friend to help pick up our son since he was the only person in Lagos and take him to the hospital. When he got there, he panicked, pointing out that he doubts it’s a football injury as the school claimed.

“He said the boy couldn’t stand because his waist was bent and swollen along with one side of his belly. His mouth was black. I asked, ‘Is this really a football injury?’ He was taken to my house in Lagos but couldn’t sleep at night.

“I asked my eldest to fly to Lagos on November 24 while I took a trip to Asaba, from where I’d also make for Lagos. On getting there, he screamed. ‘This is beyond football injury. Come to Lagos now,’ he told me over the phone.”

The bereaved father said Sylvester Junior only managed to sleep one hour when sedated and would wake up screaming in pain.

He said it was on Monday, when he was away for a government function, that Junior “opened up”.

Oromoni said Junior, before his death, revealed he neither played ball nor tripped as claimed.

He also alleged that the deceased stated that five boys had barged into his room, put off the lights, and beaten him up in the presence of other pupils.

“Junior said, ‘Mummy, I didn’t play ball; I didn’t fall.’ He jumped off his hostel bed. They kicked him, marched on his waist. Other students ran off. They threatened to kill them all if they spoke a word to the school staff.

“They warned Junior to say he sustained injuries while playing ball. They threatened him. If you ask the roommate, they’d all lie. They marched on his ribs and waist. All that pain for a 12-year-old.”

He said, before he could make a return trip to Warri towards facilitating Junior’s transfer to the teaching hospital, the boy drew his last breath.

He also said he looks forward to an autopsy, arguing that Dowen should be more concerned about going after the boys Junior had named as his assailants before death.

The boy’s father said: “They even released a press statement. Was the principal there when the boy played the said football game? Can they identify who he played with? Where was the housemaster when he was playing it? The woman too is confused. Clearly, she’s trying to protect the school’s image. But a mother of children wants to hide the truth?”

The family, on Thursday, petitioned Hakeem Odumosu, the Lagos State commissioner of police.

Another petition addressed to the Inspector-General of Police (IGP) will follow on Monday for a full-scale probe.

He said, “I won’t reveal the steps we’ve taken to seek justice. The parents of the boys are wealthy. They withdrew them. The school called the parents to pick their wards; interviewed them. Some of the parents are planning to fly the children out of the country.