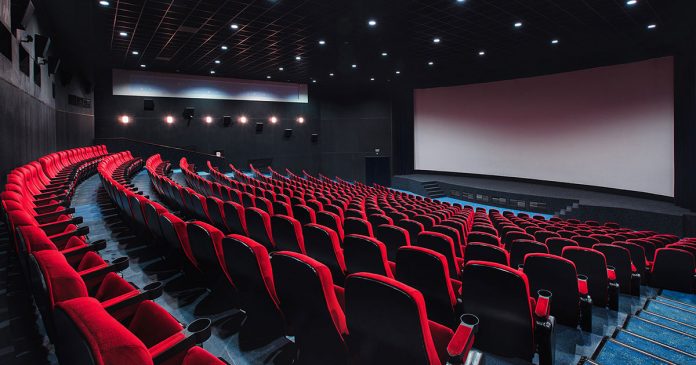 Nigeria as a movie

My attention was caught recently by this apparently succinct summation of the idea and personality of Nigeria as a movie, with all its implications, its innuendos, its positives, and of course deprecations – a movie analogy somewhat suggests something which does not deserve serious attention. True? You know, the ‘Alawada kerikeri’ type of movie which we often used to refer to unserious people. It was on Arise TV that I heard Ojy Okpe first refer to the country as a movie on account of the different dramatic and perhaps absurd events happening simultaneously, by both state and non-state actors. I recall a visiting American colleague Professor Jeffery Renard Allen describing driving on Ikorodu Road in Lagos as akin to ‘a sci-fi experience, no rules, no order yet no colliding cars! Little did I know that that description would invariably be applied to the homeland to about two hundred million black people.

Indeed, if Nigeria is a movie, we can aver with mock seriousness that its script is written (or improvisations) in the tradition of ‘Theatre of the Absurd’, crystallised in ideological and philosophical thinking by Martin Esslin in the seminal essay The Myth of Sisyphus and epitomised by the Irish playwright Samuel Beckett’s iconic play Waiting for Godot! In our clime, Ola Rotimi’s play Holding Talks – a play in which characters prefer to hold discussions while the world is crumbling – captures the absurdist attitude and dimensions of governance in our beloved, boisterous but beleaguered and endangered conglomeration of diverse and disparate people.

There is drama in government and by government. Drama by the presidency. Even in the presidency, there is drama of silence, keeping mute while herdsmen are murdering hundreds as in Agatu and Uwheru, but crying loud when 49 persons are killed on the Nigeria-Niger border! Drama by state governors, as some of them spend more time in Abuja than in the State House of their States. Drama by terrorists as they ambush Nigerian soldiers after receiving tips of intelligence from saboteurs within the army. Drama in the courts of justice and injustice. Drama against Judges as a gang of scoundrels raid the home of a Supreme Court judge on the orders of a rogue Chief Enforcer of the Law. Drama by the Nigeria Police as men and officers of the Low-morale Force mount roadblocks and criminally extort citizens whom they swore to protect from criminals. Drama by religious leaders. Drama by kidnappers and bandits. Drama by some so-called opinion leaders taking sides with Boko Haram and bandits. Drama by IPOB and ‘unknown’ gun men in South-eastern Nigeria. Jail break dramas. Drama during official testimonies in the National Assembly like the one which notoriously gave birth to ‘off your mike! Drama when soldiers were ordered to fire shots at protesters during the anti-SARS protests last year. Drama about how Nnamdi Kanu was abducted from Kenya and brought to Nigeria. Drama about the freedom of herdsmen to attack and maim without official actions from government of the day.

Drama on how northern governors could freely meet but how a southern governors’ meeting is viewed with suspicion, about how some South-eastern governors refused to attend a meeting of southern governors because they are eyeing the presidency to be awarded to them by the northern establishment for good behaviour.  Drama about how the banned IPOB virtually rules the Southeast, giving orders on sit-at-home or participating in elections, governing the elected governors, and pushing an Igbo agenda that could hurt Igbo business models in the country. Drama about kidnappers striking in the home state of the Commander-in-chief by cheekily abducting a traditional ruler and girls from a school. Drama about bandits kidnapping an officer from Nigeria Defence Academy, the elite school for training officers in the Nigeria Army. Who says Nigeria is not a movie? Drama! Drama!! Drama!!!

A movie is created for one purpose – to entertain an audience. Generally, we are taught in communication studies that movies are created to entertain, educate, and inform. These days, movies also succeed in confusing the people, with notions of alternative truths and fake narratives, superimposed pictures, and distortions. There are different types of movies produced by different entities. So, we have Nollywood, Hollywood, Bollywood, Kannywood and others. Within Nollywood we have different types of movies dictated by the taste of the producers and the target audience, some badly produced flicks with no sense of direction, hastily put together for profit. There are some that are culturally offensive, steeped in fetish and the occult, and ritually portraying our world as that of witchcraft and juju and superstition. There is the action movie, the 007 seven type which thrills one to no end. What about the horror movie which drives insane fear into the audience? Or the ones which travel into the future, predicting that which is to come? There are movies which dwell on our anachronistic past in a romantic way. There also movies which dwell on the absurd or the foolish or the mundane and jesting. So, which type of movie is Nigeria? Is our country a potpourri of different types of movies?

By convention and regulation, a movie must have a director, a producer, and actors with carefully assigned roles, dancers, musicians, makeup artists and all the supporting crew of technicians. The director knows from the outset what he wants to achieve. If Nigeria is a movie, who is the director? Are there trained actors in Movie Nigeria? Are the actors picked from the roadside? Are the actors following a script or they are left to improvise on themes, following their own thoughts, biases and ideas and idiosyncrasies?  Who are the scriptwriters? Are there scriptwriters? Is there a scriptwriter who revels in the macabre and outrageous with thirst for spilling innocent blood? Is the scriptwriter satisfied with the horror that is North-eastern Nigeria? The killing field that is Kaduna? The travesty that is the judiciary? The assault on freedom to protest? Assault on free movement? Satisfied with the orphanhood of the Naira? Happy with what inflation is doing to both middle income and poor families? What is the goal or mission of this silent director?

If Nigeria is indeed a movie, if Nigeria is worth branding as a movie, designed to inform and educate, it needs an experienced director and a competent supporting crew, with a sense of history, connection with history, connection with the common good and deep compassion for the poor ordinary people of the country. A movie is usually a reflection of its environment. Following the requirements of a good movie and the story it tells, Nigeria is a bad movie, a bad horror movie without focus, and proper direction. It is a movie that scares its audience from the theatre. That is the reason millions of youths have ignored government and devised means of survival. That is the unfortunate reason Destination Europe, Destination America, Destination Anywhere Abroad has become the sign song of desperation by the men and women whose lot it ought to be to lead the country in future. Movie Nigeria is a sad and bad horror movie, calling for re-casting and remodelling!