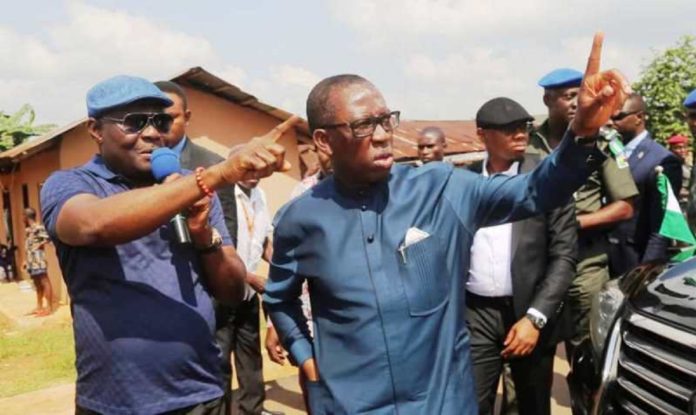 Nigerians will vote out APC in 2023, says Okowa

Delta Governor Ifeanyi Okowa has assured Nigerians will vote out the All Progressives Congress (APC)-led administration in 2023.

According to him, a lot of Nigerians, including youths are feeling very bad about the nation due to numerous challenges facing them.

He predicted food insecurity in the next few years in Nigeria due to growing insecurity.

He said the successful conduct of the Peoples Democratic Party (PDP)’s National Convention was a pointer to the party’s readiness to rescue Nigeria from the current hopelessness that pervades the country.

Okowa, who spoke on Tuesday on Channels Television’s programme “Politics Today” monitored in Asaba said: “We are not competing with them anymore because looking through the years of the PDP and that of the APC of about six years plus the difference is clear; Nigerians are able to see for themselves.

“Though things were very difficult, we were able to build a foundation during Obasanjo’s administration. The reverse is the case in this present administration in such a manner that is not good for our nation.

“The level of insecurity, the economy today, the naira-to-dollar situation, indeed, there are too many issues.

We are getting to a stage now where there is a shortage of food for the middle class, not to talk of the low class.

“The high level of unemployment has become unbearable. Farmers cannot even access their farms. We have gotten it all wrong in this current administration, and I believe that Nigerians know the truth.

“Nigerians know that PDP will do a lot better than APC; there is no competition, no comparing, it is quite clear that we are not moving in the right direction under the APC government.”