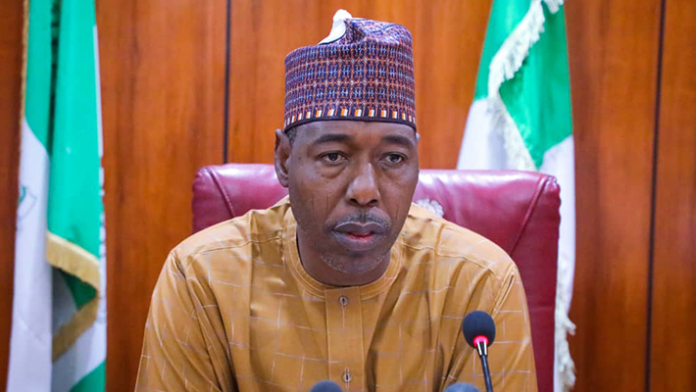 Governor Babagana Zulum of Borno State had on Thursday escaped ambush by terrorists, forcing him to urgently call of his tour of Malam-Fatori, a border town in the state. The Borno governor was said to have undermined security advice by the Nigerian military not to embark on a tour of the border community, where military operations to clear off the terrorists were still going on. Governor Zulum had insisted on the tour with his team to inspect hospitals and other municipal buildings in the border community.

It was gathered that the governor narrowly escaped assassination or mass killing with his convoy. He was said to be accompanied on the tour by the state resettlement committee. They were said to have narrowly escaped the bullets of the terrorists who were firing gunshots during the ambush.

The task force was said to have told the governor and other civilians in his entourage to immediately lay flat on the ground while the army battled the terrorists.

The task force was said to have later been reinforced by the air force, empowering the soldiers   to bombard the entire area from where the terrorists fired gunshots.

Governor Zulum had previously escaped similar circumstances in Bawa, Borno State, during a tour of the local government.

Malam-Fatori, Headquarters of Abadam Local Government Area, was identified as a stronghold of the ISWAP terrorists, who still have control over the territory.

Governor Zulum was said to have spent two days in Diffa and Bosso, neighbor communities in Niger Republic. He coordinated the clearance exercise of Nigerian refugees in Malam-Fatori, which is adjacent Lake Chad. 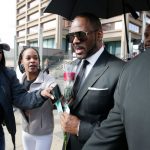 R. Kelly Has Been Paid For Club Appearance, He Wants You All To Take It Easy On Him 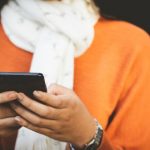 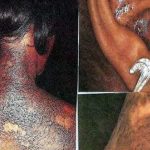 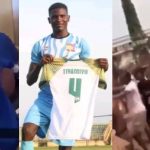