Death is natural and unavoidable, it is something that will surely happen, but not everyone will die the same way or method. Some people die of old age, errors, negligence, sickness, accident, and at times ignorance.

Some people think the best way to leave this earth is by sleeping, but the truth is that many people that die during sleeping might have some health challenges before passing out.

It might be a health complication or body system problem. They might even be unaware of it in some cases that to say the main cause of death in sleep is “sickness” let me explain further.

Here are 3 common reasons some people die in their sleep. This might be the cause of poor ventilation, which can lead to death while sleeping when you don’t have enough air coming into your room or the place you are sleeping in, there are high chances you are going to suffocate.

And such things can lead to death because you don’t have the ability to breathe properly, and such things can cause lung cancer embolism or pulmonary disease. Before you sleep, make sure there is enough air-conditioning. Never sleep in a place you find it hard to breathe in, it might lead to respiratory arrest. Such things happen when the heart stops passing enough blood to the body system. Such things lead to cardiac arrest or heart attack.

And it is one of the major causes why people die in their sleep at times, passing on when sleeping might not just be a natural death. Such an incident has taken the life of many people. Sleeping in a place with high carbon monoxide is dangerous. When I mean carbon monoxide, I mean smoke, it can be from a generator, gas, or you are inhaling anything smoke while sleeping might lead to death. 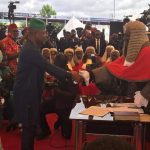 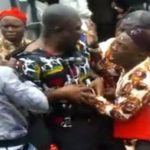