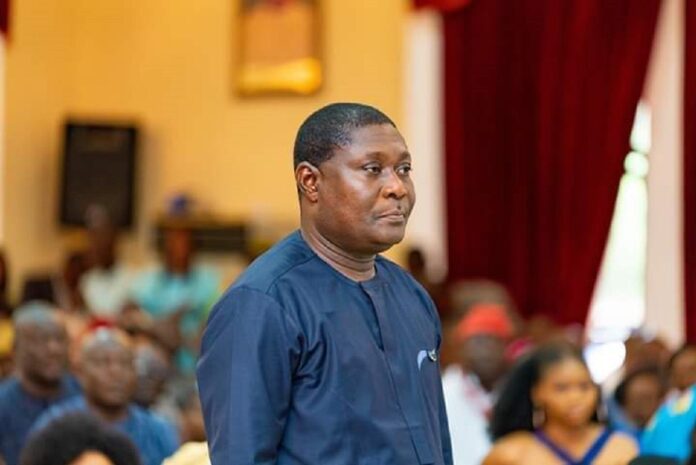 Delta 2023: Augoye, the choice of Deltans – By Comrade Obaro Egagifo

Over the years, Delta State politics has grown into one of the most interesting in Nigeria, especially as the All Progressives Congress (APC) looks forward to wresting the State from the firm grip of the People’s Democratic Party (PDP).

This means battle, and the leaders of the PDP in the State know they cannot afford to miscalculate it’s political permutations, if not, the party stands the chance to lose the battle for the heart of Dennis Osadebay House, Asaba to the APC.

With political fortune ever shining bright on the PDP family in Delta as a result of the “gentleman arrangement” of zoning the governorship seat across the three Senatorial Districts of the State, it becomes expedient that the PDP must get its permutations right for 2023.

This is more so as Deltans have come to build their trust in the gentleman arrangement of the PDP in the State that they cannot trust the State in the hands of any other party.

In getting it’s permutations right, the PDP must go into its drawing board devoid of sentiments and look into the array of aspirants before it, and make a good decision on the better person to fly the gubernatorial flag of the party come 2023 in order for the PDP to continue to retain the State.

From the pulse of Deltans, the best choice before the PDP is no other but the gentle and humble Chief James Ojadovba Augoye. Chief Augoye is a man, who many Deltans have come to know very well during his time as two-time Commissioner for Works of Delta State.

The reputation of Augoye across the State rubs off. He has been tested by the Governor Ifeanyi Okowa administration, and Deltans have come to build their trust in him. Those who have come close to the politician can attest to the gentle and humble nature of him.

Having traversed the length and breadth of Delta State as Commissioner for Works, Augoye scored popularity among Deltans along the way. He, therefore, possesses the political wherewithal to win the State for the PDP as a result of his popularity.

This is even more so as Augoye understands the leadership needs of Delta State, and most importantly, the developmental trajectory of the State and the needs of the people, having served as Commissioner for Works, and the only one to serve in that office for two terms since the creation of the State.

Not just hinged on the political configuration of the PDP in Delta State nor his popularity to win the State for the party, the former Commissioner has what it takes to govern Delta State in real terms.

Chief Augoye has a reputable public service record in politics.

Until becoming Commissioner for Works, Augoye, popularly known as the Agadagba Okpe had served in various political and community capacities, gaining the necessary expertise needed for him to serve well as Governor.

Born on May 16th, 1965 in the oil-rich community of Ugbokodo in Okpe local government area of the State, Augoye possesses this driving force to sustain the developmental trajectory of past and present leaders of the State.

Augoye had a rapid and highly improbable rise to political limelight, so much that it is as though the spirits that position men for service are with him in his quest to become the next Governor of Delta State.

Augoye may not be your typical politician. Reason for this is not far-fetched because he possesses a B.Sc. (Hons) in Political Science, and thus understands the fine prints of politics, and not the politics of bad blood we have come to be accustomed with in Nigeria.

In addition to the style of politician he is, Augoye is more of an administrator, and having a Masters degree of Public Administration to his credit, he is an administrator par excellence. Augoye is no doubt the best hand to administer the resources of the State for best results.

Recall that Augoye was appointed member of the Okpe Local Government transition committee, where he served as Chairman of the Internal Revenue Generating Committee in 2003. This no doubt places Augoye in a better position to generate much needed revenue for the running of the State.

A governor should be able to properly manage the resources of his State for the greater good of every citizen of the State. Augoye as governor with his experience, will no doubt, ensure that the revenue generation capacity of Delta State is optimised.

The fact that Augoye is a two term commissioner attests to his aptness in the utilization of resources. It is on record that he justified why he was appointed Commissioner for Works twice. This makes him appropriate for governor. He will deliver, and beat expectations.

More also, Augoye understands Delta State is endowed with human resources, as well as understands very well the numerous natural resources the State is blessed with, and how to harness them for the greater good of Deltans.

All these mean Augoye is the best option to consolidate on the infrastructural strides of Governor Okowa. Deltans are sure that Augoye will ensure continuity of government programmes, while building legacy projects his administration would be remembered for.

The Agadagba Okpe in 2015 served as the coordinator of the Peoples Democratic Party (PDP) Campaign Council for Okpe Local Government Area, a position he used to mobilize support of over 65 towns, communities and villages in Okpe for Governor Okowa’s election in 2015.

As a grassroots politician he is, no doubt, Augoye will bring his experience to bear in mobilization of voters to prosecute the Delta State 2023 governorship election for the PDP to win it.

It is, therefore, pertinent that the PDP considers Chief Augoye as it’s guber flag bearer because he is the one who can pull votes massively for the party in the 2023 governorship election to hold in the State.

Augoye is by far the best choice for Deltans in the 2023 governorship election, and the PDP must bank on this.

Fortune tellers have said that since Chief James Onanefe Ibori started the prevailing gentleman arrangement of the PDP in the State, and that another James is about to restart the cycle, Deltans are in for good tidings.

While it is only God who knows who can become the next Governor of Delta State come 2023, one thing that is certain, is that God is with Augoye.

The PDP can rest assured that if Chief Augoye bears the flag of the party in the 2023 governorship election, the APC cannot stand any chance of putting up a fight to take the State. 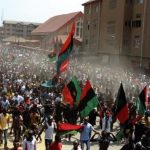 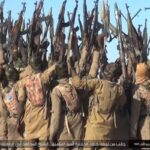 ISWAP Kills 10 Nigerian Soldiers During A Gun Fight, Takes One Hostage In Borno