Should the alleged defection plot eventually become a reality, this could have severe consequences for the political ambitions of the APC National Leader, Bola Ahmed Tinubu, who has for a while now, been nursing the dreams of succeeding President Buhari in 2023. It can be argued that anything that makes Jonathan to joint the APC, it could be almost impossible for Bola Tinubu to secure the APC ticket ahead of him.

With this in mind, one may not be wrong to argue that the alleged plot to bring the former President to the APC, could rule out any hope that Bola Tinubu would succeed President Buhari as he has often been believed to be working on. Recently, the rumoured defection of Goodluck Jonathan appeared to have become imminent following the defection of Chief Femi Fani-Kayode to the APC. As the rumour thickens, here are 2 smart moves that Bola Tinubu could make about his 2023 presidential ambitions.

1. Give Goodluck Jonathan valid reasons not to accept any offer to contest the 2023 presidential election.

It is common knowledge that the rumoured plan to bring back Goodluck Jonathan in 2023 has been received by the public with mixed reactions. To some, it is a welcomed development. While to some others, the former President has no business in Aso Rock anymore. Some people have equally argued that returning to rule the country could diminish the respect he has after he willingly accepted defeat in 2015. With this, Bola Tinubu could meet the former President, and give him valid reasons about why he should not contest the 2023 presidential election.

Should the first step fail to yield positive results for the APC National Leader, the second move he may consider, is to decamp to the newly launched Rescue Nigeria Project (RNP). It should be recalled that a former Chairman of the Independent National Electoral Commission (INEC), Professor Attahiru Jega, Former Governor of Cross River State, Donald Duke, and some others, had launched the RNP a few days ago, as an alternative to the APC, and the Peoples Democratic Party (PDP).

Decamping to the new party could give Bola Tinubu an opportunity to emerge as its flag-bearer, and work towards ensuring that a majority of the electorates see reasons to give him their support. Arguably, this could prove to be a difficult task, but one cannot rule out the likelihood that many Nigerians who appear to have given up on the APC and the PDP, may opt for the new party considering the positive public image of some of the party’s founders. 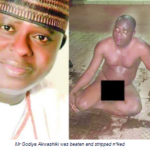 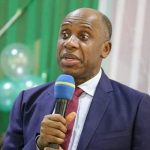 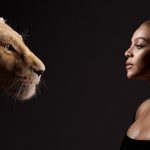 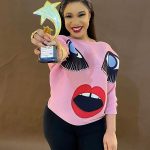