It is also pursuing the recovery of associated assets in  Ireland and other foreign nations.

Attorney-General of the Federation and Justice Minister Abubakar Malami (SAN) disclosed these on the sideline of the ongoing United Nations General Assembly (UNGA) in New York, United States yesterday.

Malami also explained why the Federal Government was not interested in naming arrested terror suspects and their sponsors. But he said the government had shortly before the outbreak of COVID-19 taken 285 terror-related cases to a Federal High Court (FHC).

He stated these in video clips and a statement by his spokesperson, Umar Gwandu.

In the video clips shared by Gwandu, the minister said: “We are looking to recover further about £2 billion among others, but then, that does not mean to say that no other associated assets are being pursued in other countries of the world, including Ireland and other countries.

“We are pursuing a lot of assets across the globe and we are coordinating further meetings relating to the new recovery in the U.K(United Kingdom) associated with certain personalities.”

Malami added that the government had already recovered about $700  stolen funds from foreign countries in the past four years.

On the suspected terrorists and their sponsors, the minister said his ministry reviewed over 1,000 Boko Haram case files out of which 285 were charged before an FHC.

He explained that their prosecution was delayed because of the COVID-19 lockdown, Judiciary Staff Union (JUSUN) strike, and court vacation.

The minister was quoted in a   statement by   Gwandu,  as saying; “Naming and shaming of suspects is not embarked upon as a policy by the Federal Government out of sheer respect the constitutional rights of Nigerians relating to presumption of innocence.

“It is a product of constitutionalism and the law. It is rooted in the law and the names of the suspects will accordingly be made public at the point of judicial arraignment while the shaming remains a consequence of judicial conviction.

“Trials are judicial process and not about media sensations. Naming and shaming, in the Nigerian context, must be rooted in constitutionalism.

“One thing I can tell you for sure is that whatever we do in terms of detention and arrest is indeed backed-up by judicial processes.

“We have acquired and obtained legitimate court orders taking into consideration the facts and material proof of evidence presented before the court on account of which the court eventually exercises its discretion in terms of granting orders that we can have the suspects in custody pending the conclusion of the investigation.” 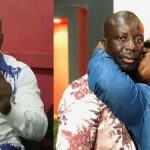 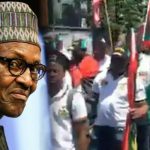 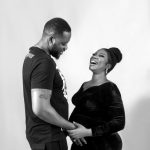