Another batch of 32 abducted students of Bethel Baptist High School, Maraban Damishi, in Chikun Local Government Area of Kaduna state, have regained their freedom, bringing the total of those released to 90.

The Chairman of the Christian Association of Nigeria (CAN), Kaduna State, John Hayab, confirmed the release of the students to the News Agency of Nigeria (NAN) on Saturday, in Kaduna.

Me Hayab said: “Yes, 32 of our students were freed on Friday evening. We still have 31 with the captors and we are praying that they too will be released soon,” he said.

The bandits in the early hour of July 5, invaded the school and kidnapped 121 students of the school, but released a first batch of 58 students before the latest development.

PREMIUM TIMES had reported the abduction of the students by armed groups.

Me Jalige, in a statement then to reporters, said the incident occurred on Monday morning and 26 students of the school were rescued.

“In the early hours of today Monday 5th July, 2021 at about 0143hrs the Command received a report that armed bandits in large number had gained access into Bethel Baptist Secondary School Kujuma in Chikun LGA of Kaduna State.

“They shot berserkly, overpowered the school’s security guards and made their way into the students hostel where they abducted an unspecified number of students into the forest.

“On the receipt of the unfortunate incident, a joint team of the Nigeria Police, Army and Navy operatives were immediately mobilised to the area with a mission to rescue the abducted students unhurt.”

Reports say the parents of the abducted children have had to pay humongous amounts of ransom for their release though no one has confirmed this. 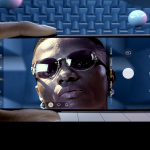