The wedding (Fatiha) between President Muhammadu Buhari’s son, Yusuf, and Zahra, daughter of the Emir of Bichi, Nasiru Ado Bayero, in Kano on Friday was a gathering of Nigerian leaders.

The ancient city of Kano was shut down in honour of the wedding, which drew eminent personalities, including the President, to the rustic town of Bichi where the event held.

From private jets numbering no fewer than 20 to posh cars, power bikes and rickety vehicles, all roads led to Bichi for the wedding on Friday. Residents stood by the roadside, some with posters and placards of their beloved leaders, waving while the guests passed.

The Kano-Katsina-Niger federal road was shut down as the audience overwhelmed the venue. Security was very tight.

Also in attendance were about 12 governors from both All Progressives Congress (APC) and the Peoples Democratic Party (PDP).

The governors of Adamawa, Enugu, Bayelsa and Bauchi states were also in attendance. There were many ministers, including the Minister of State for Labour and Employment, Festus Keyamo.

Buhari and Osinbajo landed at the Aminu Kano Airport in separate presidential jets before they flew to the Bichi via a chopper.

The nuptial knot was tied after a bride price of N500,000 was paid.

While the groom (Yusuf Buhari) was present with his father, the bride was absent in accordance with Islamic marriage rites.

The marriage rites were performed at the palace of the emir after the Friday prayer in the central mosque of Bichi.

Minister of Communications and Digital Economy, Isa Ali Pantami, officiated the solemnisation of the marriage contract, while Islamic Scholar Sheik Karibullah Nasiru Kabara prayed for the couple to be successful in their married life.

Speaking to newsmen about the historic wedding, the Governor of Gombe State, Muhammad Inuwa Yahaya, in his goodwill message to the couple, said: “I pray Allah in his infinite mercy will guide the couple to live happily in this marriage for the future.”

The governor called the wedding “a national project.”

He said: “This is a national wedding -a national project. We are happy that we have done it peacefully.

“I ask the generality of our people to see and copy a very modest life that is backed by tradition and culture which we all know is unifying the people.

“I saw solidarity, I saw peace and I saw harmony in this event. So I pray that God will continue to give us peace and harmony and I pray this will be celebrated by others.”

The Ooni of Ife, Oba Adeyeye Enitan Ogunwusi (Ojaja II) urged Nigerian leaders to use events like Yusuf Buhari’s wedding as initiatives and platforms to move to various positions and locations in Nigeria.

“If leaders were doing that, the sociopolitical and economic level of the nation would have been grown,” he said.

“If we focus on what will bind us in the country, we will be better and things will be easy for us. Even with the issue of security, we all went to Bichi and everything went well and peacefully. Tomorrow it can be anywhere else in the country.”

No fewer than 20 private jets stormed the Mallam Aminu Kano International Airport for on Friday’s wedding. 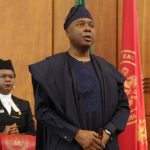 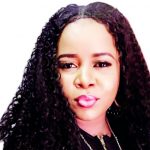