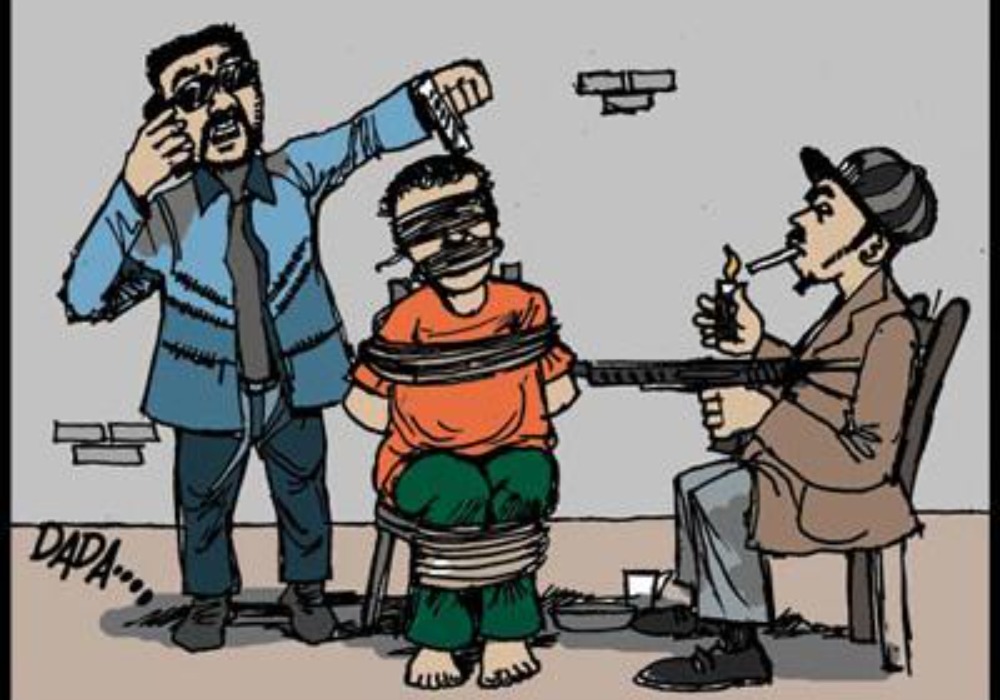 Suspected kidnappers have killed a 37-year-old businessman, Uzoma Daniel, after collecting a ransom of N700,000 from his family in Aba South Local Government Area of Abia State.

It was gathered that Daniel was abducted from his residence and whisked away in his Toyota Lexus 330 car by the kidnappers who had trailed him in a tricycle from his place of business.

The abductors to their hideout in Ntighauzo in Obingwa Local Government Area before contacting his wife and demanding a ransom of N700,000, which the lady provided.

After collecting the ransom, the kidnappers shot the man dead and demanded an additional ransom of N300,000 for his release.

Operatives of the Inspector-General of Police (IGP) Intelligence Response Team (IRT) were said to have followed the victim’s wife when she went to drop the second amount without knowing that her husband had been killed.

The gang was just about to pick up the N300,000 they demanded when they were arrested by the police who were subsequently taken to the kidnapper’s den in a forest at Ntighauzor where they dumped their victim’s body.

The kidnappers during interrogation confessed that late Daniel was killed by one of them who was asked to look after him while they had gone to collect the initial N700, 000 ransom.

One English Pump Action and one locally made short-double barrel guns were recovered from the kidnappers, while the late Daniel’s SUV was yet to be recovered at the time of filing this report.

KanyiDaily had also reported how a man was murdered six days before his wedding by his neighbor, who is a ritualist, after he promised to assist him to get cows for the wedding ceremony in Kwara State.