The Economic and Financial Crimes Commission, EFCC, Lagos Zonal Command, on Friday, secured the interim forfeiture of the sum of N241,000,000 and an interim attachment of property in Abuja.

EFFC reasonably suspects that the funds and property are proceeds of unlawful activity of one Abdulsalam Bawa of the Account Department of the Sustainable Development Goals Office.

Counsel to the EFCC, Rotimi Oyedepo Iseoluwa, in the application, stated that the money sought to be forfeited are reasonably suspected to be proceed of unlawful activity diverted from the Federal Government of Nigeria

Oyedepo also prayed for an order of the court directing the publication of the interim forfeiture in a national newspaper for anyone interested in the monies to show cause, within 14 days.

This, he said, was to explain why the final order of forfeiture of the said monies should not be made in favour of the Federal Government of Nigeria.

Justice Oweibo granted all the reliefs sought by the EFCC and ordered the interim forfeiture of the money to the Federal Government of Nigeria.

Thereafter, he adjourned the matter till the 6th September, 2021 for final forfeiture hearing. 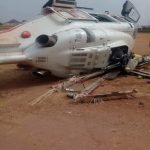 Osinbajo Escapes Death After His Chopper Crash-Landed In Kogi 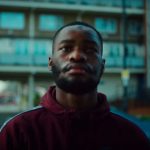 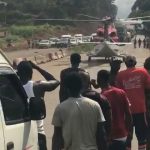 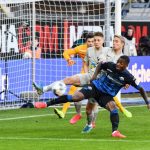