The EYN (Ekklesiyar Yan’uwa of Nigeria) also known as the Church of the Brethren in Nigeria, has buried one of its members, Ezekiel Bitrus, who was shot dead during the demolition of the church building by the Borno State Government.

SaharaReporters learnt that the security personnel started shooting into the air without any provocation, leading to the ensuing chaos.

The incident triggered outrage among the Christian community. State authorities said they were maintaining communication with the church leadership to douse tension.

At Bitrus’ funeral procession attended by a large crowd, the majority of the mourners did not shed tears.

In a video of the burial online, they are seen in high spirits, singing victory choruses as the casket is carried to the gravesite.

One of the songs chanted in Hausa goes thus: “I will go with Jesus to any length, no matter the roughness of the road. I must go, I must go!”

On Sunday, EYN congregants and other Christians – in solidarity – observed service and prayers on the piles of rubble left of the demolished church.

Meanwhile, the state governor, Babagana Zulum has ordered the police to investigate the shooting. 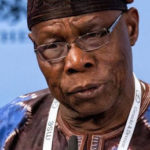 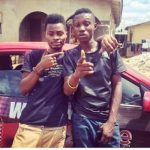 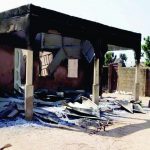 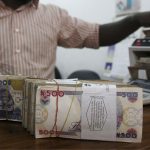 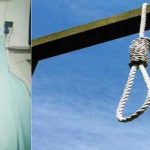