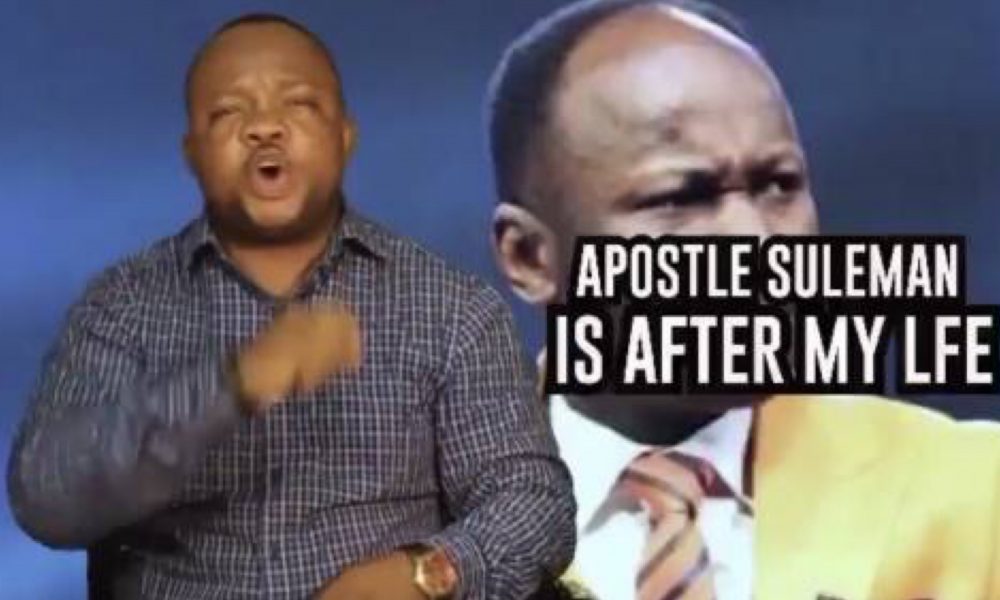 The letter reads, “This office is investigating a case of Criminal Defamation and Cyberstalking in which your name features prominently. In the light of the above and in the spirit of fair hearing, you are requested to interview the undersigned in room 408, 3rd floor, Force CIID Complex Area 10, Garki, Abuja on 11th August 2021, 1000hrs unfailingly.”

Balogun’s attorney, Inibehe Effiong, acknowledged the invitation in a letter made available to SaharaReporters on Friday.

According to Effiong, Balogun’s police summons indicated that he should go to the Force headquarters on Friday, August 13 for a claimed case of “Criminal Defamation and Cyberstalking.”

He mentioned that his client had been threatened by lawyers for his investigation into a money-miracle scheme.

The lawyers set a seven-day deadline for him to retract the publications and apologize for the purported offense.

Inibehe, on the other hand, said that his client received an invitation from the police just 24 hours after receiving the letter.

A statement from Inibehe read, “Our client, Mr. Israel Goodnews Balogun, has received an invitation from the Special Enquiry Bureau, Force Criminal Intelligence and Investigation Department, Nigeria Police Force Headquarters, Abuja signed by ACP Y. Y. Abubakar, to report for interview on 13th August 2021 over an alleged case of “Criminal Defamation and Cyberstalking.”

“The invitation follows a threat issued to our client by lawyers to Apostle Johnson Suleman, the Founder of Omega Fire Ministries, over the views expressed by our client in which he disavowed the baseless, false, unsubstantiated and ridiculous miracle money claims repeatedly made by Apostle Suleman during his ministrations in Atlanta, United States of America and in Auchi, Edo State, Nigeria.

”Apostle Suleman during the said ministrations claimed that he commanded Angels to send money mysteriously to worshippers. In a comical display, some worshippers came out with their phones to meet him in the pulpit to ‘testify’ that they had received credit alerts from the unseen “Angels” as commanded by Suleman.

“As a true believer of the undiluted gospel of Jesus Christ, our client found the miracle money claims to be contrary to Biblical doctrines and the tenets of Christianity and came out to disavow the claims of Apostle Suleman by debunking same.

“Enraged by the views of our client, Mr Suleman briefed his lawyers to write to our client to demand that our client should apologize within seven (7) days. Although the letter from his solicitors is dated 27th July 2021, it was sent to our client via WhatsApp on 3rd August 2021.

“We have responded to the demand letter from Suleman. If he decides to go ahead to institute a civil action against our client for “defamation of character”, we will be happy to meet him and his miracle money Angels in court.

“However, it is important to alert the public, civil society, media and the international community that barely 24 hours after the solicitors to Mr Suleman had written to our client, an invitation letter was received by our client from the Nigeria Police Force.

“We have advised our client as law-abiding citizens to honour the police invitation; while hoping that the police will act professionally and respect the constitutional rights of our client.

“We call on the Inspector-General of Police to save the country from the ensuing embarrassment and the damage the actions of the police, in this case, may do to the image of the country before the international community.

“Nigeria is currently facing severe financial and economic challenges, Apostle Suleman should help the country out of her predicament by commanding his “Angels” to assist the country with his so-called miracle money.

“The Angels should credit the Federation Account with enough funds to help the country meet its urgent financial obligations.

“We hope responsible and God-fearing Christian leaders in Nigeria will have the courage to speak out against the desecration of their faith.

“The eyes of the nation and the world are on the Nigeria Police Force.”

SaharaReporters had reported that the M.S Amune & Co (Omega Chambers), solicitors to Apostle Suleman, threatened to sue Balogun for posting the video.

Balogun, in one of his videos on Wholeness African Initiative, condemned a miracle service organised by Suleman where the cleric was heard telling members that he would command angels to drop money into the bank accounts of those who believe.

The programmes were held in Edo, Nigeria and Atlanta, the USA in June and July, 2021 respectively.

In reaction, Suleman’s solicitors sent a letter dated 27th July to Balogun demanding a retraction of the posts (video and write-ups) alongside a written apology to the minister.

They stated that Balogun’s action was a case of defamation of character against Apostle Suleman whose church, Omega Fire Ministries has members in 52 countries of the world.

In the letter, Balogun’s statements were described as “hate speech, cybercrime terrorism, unsubstantiated and threat to his (Suleman’s) social and religious image.”

They stated explicitly that failure to do as requested will attract a full lawsuit against Balogun.

The video of the controversial programme shows Suleman saying, “The Holy Ghost just whispered to me, I’m going to pray and make declarations, after that you will check your account.”

Another voice said, “Papa (a term used by church members for Suleman), there is a miracle alert here, she just got her alert of $1,000.”

Suleman said again, “Miracle alert, as you get it, run here. Angels begin to put money in your account.”

In his analysis that has now brought about threats, Balogun had said, “Apostle Suleman is destroying the gospel of God, why would a man begin by telling people there will be miracle money in their accounts, you are using the name of Christ to do Miracle or Magic?

“This is not the gospel, this man stood in the midst of the people, in the church in Atlanta and in his church in Nigeria asking people to bring out their phones and there would be miracle money in their account. You must not fold your arms and allow such a thing to continue, Nigerian Christian leaders must dissociate themselves from something like this, they must tell the world that they are never part of the gospel that this man is preaching.

“This is not Christ, this is not Christianity, this is voodoo, this is magic, this is not from God and it can never be from God. God does not deposit money in people’s accounts, angels do not share money. It is either this guy has some people behind the scenes who have pre-collected people’s bank details, who do not even know they wanted to use it for anything.” 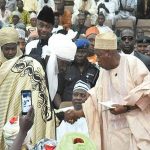 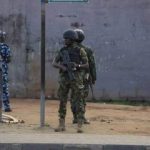 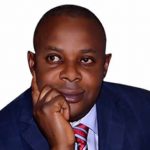 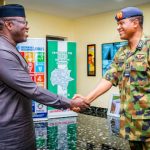