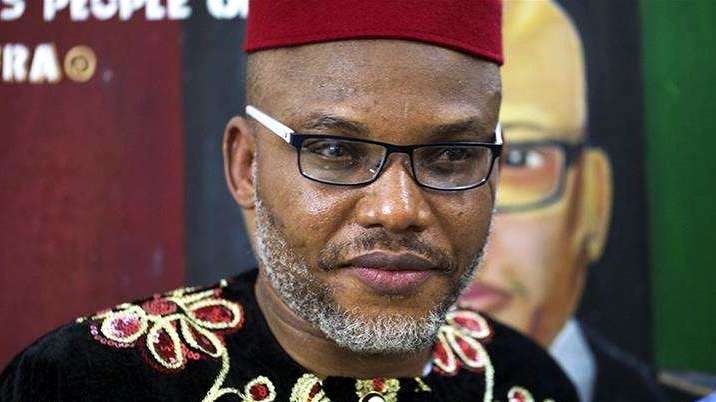 The Indigenous People of Biafra (IPOB) leader Nnamdi Kanu is “firm and stable” in the custody of the Department of State Services (DSS), his lead counsel, Ifeanyi Ejiofor, has confirmed.

Ejiofor, in a statement on his Facebook page yesterday evening, said DSS finally granted him access to the IPOB leader “after weeks of speculations and uncertainties.”

In the post titled “Update,” the lawyer quoted Kanu as thanking his followers, foreign governments, and institutions like the media for standing by him.

Ejiofor said the IPOB leader, who is facing charges bordering on terrorism and treason at a Federal High Court in Abuja, added that the prayers of his followers and supporters have taken him thus far.

He appealed to his followers to remain law-abiding.

The update reads: “After weeks of speculations and uncertainties, we have finally seen our Client-Mazi Nnamdi Kanu. We can authoritatively confirm this position to the World.

“He is firm and stable, less the burden of solitary confinement and concomitant mental torture arising therefrom.

“Though the detaining authority is giving him medical attention but he still requires advanced medical care, which formed a substantial part of the relief in our application before the court.

“He specifically requested that we should extend his heartfelt compliment to Millions of his supporters worldwide and all foreign Governments and institutions who are relentlessly following up. Media houses are indeed not left out of this classification.

“We are winning but your prayers are doing wonders, don’t relent, as you continue to remain law-abiding.

“We shall continue to keep you all in constant communication on every development around him particularly now that the visit will be more regular than before.”

Ejiofor had last Thursday alleged that the DSS denied him access to his client.

This, he said, violated a court order.

He shared a copy of the order by Justice Binta Nyako of the Federal High Court that access must be granted to his client.

He said the DSS insisted the request to meet Kanu would be looked into and accordingly approved by their Director General before access can be granted.

Ejiofor said the disregard for the order further reinforces the belief that the DSS lacks respect for the courts.

“Should anything untoward happen to our client, the Nigerian government and the Department of State Security Services should be held responsible.

“Let the world and all responsible foreign governments take notice of this dangerous trend.”