A Magistrate Court has remanded a youth leader in Fufore Local Government Area of Adamawa State and his mother for allegedly bewitching a youth and inflicting him with an illness.

Yushau and Bau, who are of Wuro Hausa Malabu in the Fufore LGA some 26 kilometres outside the state capital, Yola, confessed to a Magistrates Court in Yola that they bewitched Dauda Sha’aibu, hence his struggle with a strange sickness that has troubled him for over two months.

Dauda, who was brought before Magistrate Adamu Abdulrazak of Magistrate Court 4, Yola by his elder brother, Isa Sha’aibu, said he had been unable to sleep up to one hour any night for the past two months.

He said he had been hovering between life and death as he battled the strange illness inflicted on him by the accused.

Isa told newsmen that his family, alarmed by Dauda’s worsening state of health, had reported it to the Garkuwan Sarkin Mayun Adamawa and the court, leading to the accused persons being identified and arrested.

The mother of the youth leader gave in readily to the court, saying she was responsible for Dauda’s illness.

However, the youth leader at first disowned the matter but later admitted bewitching the young man.

He added however that he had released the young man, that the boy will now recover from his sickness.

After pleading guilty to the allegation against them, the Yola court ordered that they be remanded. 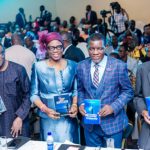