He stated this during a three-day international conference on the eruption of megachurches in the Global South at RCCG Redemption Camp, Lagos–Ibadan Expressway, on Monday.

The conference, ‘Imaging Mega Churches In The Global South And Beyond: Trends, Trajectories, and Impacts,’ was jointly organised by RCCG and U.S.-based John Templeton Foundation.

Speaking at the opening ceremony, RCCG general overseer Enoch Adeboye stressed the need to explore why churches in the Global South have continued to grow in the ever-competitive global religious environment in the last 30 years.

Countries in the Latin America, sub-Sahara Africa, and the Asia Pacific are referred to as the Global South.

Johnson Odesola, the RCCG’s intercontinental overseer for the African region, represented Mr Adeboye at the event.

The RCCG overseer, who noted that megachurches in the Global South had continued to spread their religious frontiers to the global North, including Europe and North America, described the growth as “a global phenomenon.”

He explained that most megachurches shared similar and identifiable characteristics in leadership model, technology, and religious idiosyncrasies.

Mr Adeboye further noted that the churches had continued to affect the lives of their members positively as well as shaped their relationships with their various societies.

The cleric, however, noted that the churches and their leaders had attracted scholarly attention and public scrutiny “partly due to the problem of lack or inadequate commitment to the concept of good corporate governance because of (the) problem of accountability.”

Mr Adeboye, who expressed hope that the conference would come up with fresh ideas on the issue, called for the need to reflect on the dynamics and trend of the “digital church” and to leverage social media and other veritable tools in expanding the frontiers of the church in the new normal.

He listed the countries as El Salvador, Guatemala, Brazil, India, Ghana, and Kenya. Others are Nigeria, Indonesia, the Philippines, and the South- Korea. 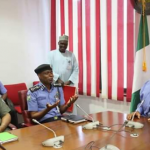 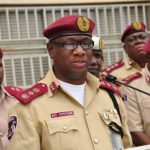 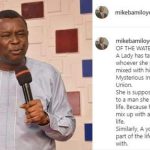 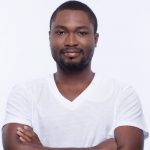