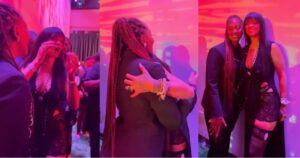 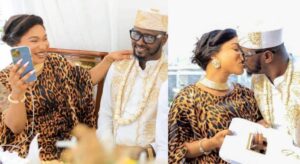 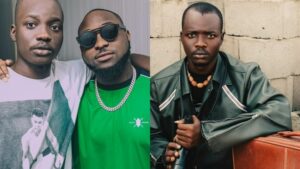 KanyiDaily recalls that Baba Ijesha, a 48-year-old Yoruba actor, was charged on six counts of child defilement, for allegedly defiling a 14-year-old girl since the past 7 years.

Testifying before an Ikeja Special Offences Court on Monday, Princess narrated how Baba Ijesha allegedly defiled her daughter, (name withheld), while she was watching cartoons.

Led in evidence by Mrs Olayinka Adeyemi, the Lagos State Director of Public Prosecution (DPP), Princess said the defendant defiled the minor, seven-years ago while she was watching cartoons in the living room.

The comedienne told the court that she first met Baba Ijesha in 2008, and that she had been a friend and a benefactor to him ever since.

She explained that in 2013, she had challenges in her marriage and that she was also battling health challenges, upon which the defendant paid her a visit to sympathise with her.

“During his visit, she had left her apartment for approximately seven minutes to see off a visiting relative, leaving Baba Ijesha with her then a seven-year-old daughter who was watching cartoons

“My daughter told me about what happened seven years later. She said on that day when I saw my guest off, Baba Ijesha asked her if she was enjoying her cartoon, and he now told her to come so she can play with her.

”She said when she got to where he was sitting, he asked her to remove her pant and he removed his trousers.

” At that point, I asked her which Baba Ijesha? She said it is the same Baba Ijesha, Lanre Omiyinka James.

” She said he asked her to sit on him and start wriggling my waist. I continued until something like water splashed all over my body and he told me not to tell my mum, that it is just like play, just like the cartoon.

“She said when he heard the gate closed, he told her to stand up and go to the bathroom to clean herself and he then used his face towel to clean up himself,” Princess said.

The witness said that her daughter, however, said she understood what happened to her only a few years after the incident.

“I help children who have been molested around the Bariga area and on that, one day I was crying and talking about what had happened to the child.

“My daughter said when she overheard me, she figured that that was what had happened to her,” she said.

In her narration, Princess again alleged that Baba Ijesha molested her daughter the day after the first incident when he came to deliver some fruits into her house.

“He opened the car and told her that that is the nylon, bend down and pick it and that when she bent down to pick up the fruits, he inserted the car keys into her vagina.

“She said immediately, she felt some kind of pain and jerked, saying, ‘Uncle’ and that he said I’ve told you not to tell your mummy anything that happened. You’re my friend,” she said.

Her daughter said she did not tell her about the second incident because of the state of her health and that she had just undergone surgery.

Justice Oluwatoyin Taiwo adjourned the case until July 27 for the continuation of trial. (NAN)

KanyiDaily recalls that in a viral video, Princess had narrated how she caught Baba Ijesha on CCTV camera molesting her 14-year-old foster child, after the girl opened up to her what the actor did to her seven years ago.

In the viral video, the 48-year-old actor can be seen kissing licking and sucking the fingers of his victim before he started caressing the minor’s legs and thighs.

This comes after Baba Ijesha was seen in another viral video confessing and begging for forgiveness after CCTV caught him molesting the 14-year-old girl. 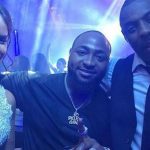 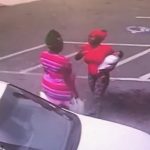 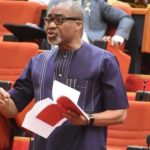 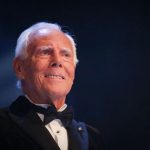