A don, Prof. Mabel Evwierhoma, on Monday stressed the need for adequate investment in the capacity building of Journalists, to tackle the prevalence of fake news.

Evwierhoma, a professor of Theatre Arts and also Director, Centre for Gender Security Studies and Youth Advancement, University of Abuja, gave the advice in an interview in Abuja.

She described the menace of fake news as capable of eroding the integrity and credibility of the media in general, a situation that should not be allowed to happen.

“It is important to build or strengthen the capacities of media staff on fact-checking, especially journalists, in order for them to cover the extra mile at work or in other areas of endeavor.

“No two journalists are the same in one or several areas of journalism; the conventional and new media of communication have formally and informally trained journalists.

“In recent times, citizen journalists have also manifested different forté in the reportage of news, the need for journalists to check facts about news and events cannot, therefore, be gainsaid.

“Therefore, no investment in the area of training is lost, as the image of any media organization, or political quantity depends on what is written or broadcast about it.”

The don decried the lack of capacity to check the veracity of news, especially in the new media of communication,  thereby fuelling falsehood and the rise in fake news journalism.

She noted that the onus rests with every media organization to train its staff to check the facts of any news item.

“When compared and contrasted, the cost of training is cheaper than that of litigation to settle in or out of court cases that arise out of fake news.

“The fabrication of news mostly brings notoriety and pain to the victims of such news; it is, therefore, key for journalists to be trained via personal efforts or those of his/her organization.

“There are many courses journalists can subscribe to for hands-on experience to tackle fake news because every news should be verifiable, no journalist in print or non-print media should mislead innocent people.

“Again no news should cost people their lives, reputation, investments, opportunities to thrive among other valuable resources.

“Helping journalists to build on whatever training that they already have, in order to check the proliferation of news that misinforms is in order.”

She noted that the consequences of being on the wrong side of the law are very expensive when compared to being on its right side, adding that to repair the damage caused by fake news is also very difficult, hence the imperatives of training for journalists.

“When the speed and spirit of the contemporary times are considered, the requirements for knowledge-based and not prejudice-laden journalism should be entrenched, because fake news has eaten deep into and divided Nigeria.

“Only conventional or citizen journalists, whose capacities are built to fact-check news can help to mend the national cracks arising from fake and unsubstantiated news and to counter its spread.

“Training sutures, builds, and repairs. Where its frequency is not stated or mandatory, journalists should be encouraged to constantly benefit from it through organizational or personal efforts.

“The training could also be on-the-job through coaching, mentorship, at vertical or horizontal steps.

“The need to involve opinion leaders, traditional rulers, religious or interfaith organisations in the training I believe, would give the needed impetus to check fake news,” Evwierhoma said. 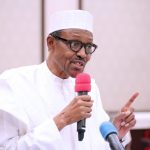 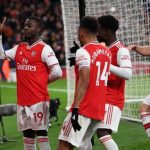