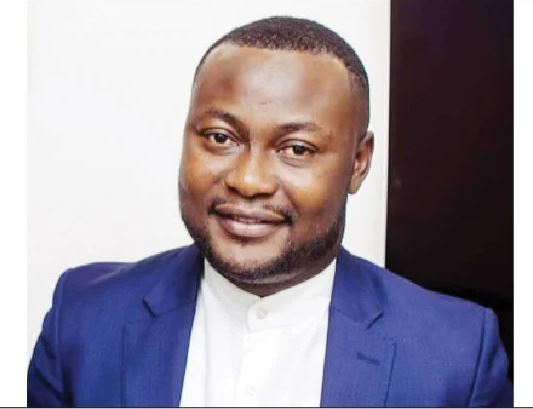 In this interview, Pelumi Olajengbesi, a prominent member of the legal team of Yoruba Nation agitator, Sunday Adeyemo, aka Sunday Igboho, speaks to KAYODE OYERO on his client’s chances before the court in Benin Republic, among related issues

It is over three weeks since the raid by the DSS on the Ibadan home of your client, Chief Sunday Igboho. Are the 12 of his associates arrested and detained by the DSS in Abuja still alive?

Yes, we believe they are alive. Information got to us confidentially that they are going through difficult times, inhuman treatment. The lady among them has not changed her clothes for the past 20 days. It is a sordid tale and we can’t even say all of these things in public but we know they are alive.

The DSS cannot kill anyone in its custody; it is not possible. Nigeria has not got to that level. We believe that they are alive because the DSS came out to say they have them in custody and that they are investigating.

The Federal High Court in Abuja on Thursday ordered that the DSS should produce these 12 persons. Are you optimistic that the DSS will obey the court order?

Yes, we are very optimist until proven otherwise. The reason is because Nigeria is governed by a constitution and we are all under the law; and there is no arm or agency of government that is above the law. So, we are very optimistic that the DSS would obey the court order and ensure that the proper thing is done. These people that are in DSS custody are Nigerian citizens and they are entitled to all the privileges enshrined in the Nigerian Constitution of 1999 and so we expect the DSS to abide by the provisions of the law.

But if the DSS does not comply and obey the court, we are going to swing into action and take up contempt proceeding against the DSS, particularly the DG (Director-General) of DSS (Yusuf Bichi), and it would be shocking to Nigerians if the DG of DSS, who is supposed to respect and protect the law, ends up in jail.

Your clients have been in DSS custody for over three weeks without being given access to their lawyers. What do you think about this?

This is a sad commentary on the country’s democracy. What the DSS is doing is simply making efforts to create a crime where none exists. They know that if these people are allowed to meet with their lawyers, there would be no opportunity for them to manipulate facts. The DSS denied them access to legal representation and this is against the law. We are going to take up the DSS on this. This is because there is a need for us to clearly spell out the operations and the organs of government and their duties within the precinct of the law. The DSS cannot be a creation of the law and yet disrespects the law. So, I think that they deny them access to legal representation because the DSS has something to hide.

What do you think the DSS has to hide?

Before the raid on Igboho’s house on July 1, 2021, are you aware if your client received any notice or invitation from the DSS?

Before the raid, there was no single invitation from the DSS, be it by phone or by letter, inviting Chief Sunday Igboho. If he was invited under the law, he would have honoured the invitation but he was never invited. I do not think the intention of the DSS was to arrest Chief Sunday Igboho; the intention was to take him out because the event that took place before his house was invaded was not democratic, it was not normal. There is nowhere in the world where security agents raid in such a manner and have the audacity to say that two people were killed in the process. This government, particularly the leadership of the DSS, would have to account for these things.

Igboho went underground after the raid until news broke that he was arrested at Cotonou, Benin Republic, on the night of July 19. Why didn’t your client surrender to the DSS after he was declared wanted?

They wanted to take him down during the raid on his house but by the grace of God, he was able to leave the place and find refuge elsewhere. It is not wrong for any prisoner of conscience, for any political prisoner to take refuge anywhere in the world. It is the international standard.

Would you want to tell us the number of days your client stayed in Nigeria before he escaped to Benin Republic?

These are security issues and I won’t want to go into that.

What really transpired around 8pm at the Cadjèhoun Airport in Cotonou on the day he was arrested?

What transpired was that Igboho wanted to leave the country to a place where he would be very safe. He was arrested and taken into custody. The Nigerian government has been making efforts, particularly the Nigerian Ambassador over there, who is a former Chief of Army Staff –  Lt. Gen. Tukur Buratai (retd.) –  they have been making several efforts to get him back into the country but Benin Republic operates by law and they are ensuring that they do everything within the ambit of the law.

Why was your client arrested at the airport?

What role did the former army chief played in the arrest of Igboho at Benin Republic?

His (Buratai’s) disposition is very clear and it is to get Chief Sunday Igboho arrested and return him to the country. I don’t want to specifically talk about things, which facts are not available to me, but we were informed that he placed calls and made efforts to ensure that my client was repatriated without following the rule of law but Benin Republic declined the request and insisted that everything must be done within the precinct of the law.

The information we had was that the former Chief of Army Staff had organised a private jet already on standby that same night to immediately convey Chief Sunday Igboho to Nigeria. He thought Chief Sunday Igboho is his property but then with the stance of Benin Republic and the agitation of people all over the world, he couldn’t achieve that. Now, they (Nigerian government) are at the mercy at the law that they ran away from.

What exactly was discussed in court last Thursday?

A charge has not been preferred against him (Igboho). The court is at the level of the judge making an inquiry as to interviewing Chief Sunday Igboho in the open court for him to respond to some of the issues surrounding his arrest and all of that. Perhaps, from next week, there would be serious issues in court and we can have a direction on the matter.

There were a number of reports in the media space on the nature of the case against Igboho before the Benin Republic court; some called it extradition hearing, some said Igboho is being tried for immigration-related offences. What is the true position of things?

The name Chief Sunday Igboho is a very big name. There have been many reports about him immediately his arrest was carried out, things that exist and those that don’t exist, but as a lawyer, I can tell you that there has been no charge preferred against him in court, be it by the Federal Government of Nigeria or by the Benin Republic government. The court in Cotonou is still at the level of investigation.

Are there lawyers based in Cotonou on your legal team?

You were in Cotonou and met with Igboho. Does he feel betrayed in all of this?

I have read a lot of things in the press concerning Chief Sunday Igboho but I can tell you for a fact that he is a courageous man. When you meet Sunday Igboho even in this period of travail, he does not look like a man that is defeated because he believes strongly in what he is doing. He understands the challenges he is facing right now and he is also glad that a lot of Yoruba people and non-Yoruba people all over the world are giving him their support. That is a lot of inspiration for him.

If the struggle of Chief Sunday Igboho is personal, he would have felt defeated and would have been wearied by now but because the struggle is for the common good of the people, for that reason, he does not feel betrayed. He does not look disappointed because he knows he would get over the present challenge in no distant time.

Igboho is perceived to have metaphysical powers. Many are wondering how his arrest was possible.

Igboho is said to be a German resident and his wife, Ropo, a German citizen. Are there foreign nations interested in this case?

We are making efforts to reach out to the German government to assist the family because the wife is a citizen. However, you must also look at it from the perspective of the demand for Yoruba Nation. That agenda is beyond Nigeria because some people are engaging the international community to get involved. Chief Sunday Igboho is synonymous with the struggle for Yoruba Nation and he is one of the icons of the struggle.

Are you considering the possibility that your client could be jailed in Benin Republic?

The process of justice is not a one-day affair. I know Benin Republic has a judicial system that is open to appeal and at any point, justice would be addressed, it is only a matter of time. Even if he is repatriated to Nigeria, he would still get justice but our demand is that he should not be extradited.

We are also hopeful that he would be granted asylum in Benin Republic. Chief Igboho is alleged to have committed an offence that is politically related and he is wanted for political reasons, because the Nigerian government wants to suppress and oppress him but Nigeria is not a Banana Republic.