Euro 2020: Which Teams Have Qualified For The Quarter-Finals?

Euro 2020 is gaining momentum by the day. The teams have taken a short break to regroup as they wait for the quarter-finals to kick off. To this stage, the tournament has experienced surprising results that soccer betting fans will tell you how some “big teams” cost them a fortune. For instance, one of the tournament’s favorites, France, were knocked out by a resolute Switzerland. So, which teams made it through the knockout stages?

Spain have silently but surely made their way to the Euro 2021 quarter-finals. Louis Enrique’s men have been scoring at will, with their highest score coming in their 5-3 thrashing of Croatia. They might not be the tournament’s favorites, but they are a team to watch going forward.

When Switzerland were given France as their round of 16 opponents, many wrote them off. However, the Swiss team led by the evergreen Shaqiri fought hard to beat the World Champions on penalties. What many will remember is that the Swiss were trailing 3-1 with 15 minutes to go. However, they scored twice to force the match to go to extra time, then eventually penalties. They have their keeper Yann Sommer to thank for saving Kylian Mbappe’s decisive penalty.

The Czech Republic produced one of the surprising performances of the tournament when they knocked out the Netherlands in the round of 16 matches. They were helped by luck as the Dutch were reduced to ten men in the 55th minute. Nevertheless, they had contained the Netherlands even before the red card.

Denmark is slowly creating a fairytale. Despite losing their first two group matches, they have a real chance of making it to the tournament’s semis. They qualified for the quarter-finals after a convincing win over an underperforming Wales. If they keep up their dominant performances, they can go further in this year’s edition of the Euros.

Euro 2020 has ended up being a historic tournament for the Ukrainians as they find themselves in the last eight. If you ask any seasoned betting fan on Betway, none of them would have put their money on Ukraine reaching this far. If they can tighten their defense, they have the attacking force to pose a threat in the quarter-finals.

The Englishmen have not cemented their place as formidable challengers of Euro 2020. However, their results show that despite not being the most entertaining, they have the talent to grind out results from tough matches. After seeing off Germany, the Three Lions of England will be high in confidence as they head for the quarter-finals.

Belgium are the front runner among the remaining teams to win the Euro 2020. They had an almost impossible task to overcome the current Euro holders Portugal in the round of 16. They executed the task in a hard-fought 1-0 win. If they can keep their players fit, the Belgian Golden Generation, who are ranked first in the global FIFA rankings, have a real chance of lifting the trophy.

When the tournament started, those betting on sports on Betway might have thought the Azzurri would not make it this far. However, they have turned up to be the most impressive team in the tournament’s group stage. The Italians conceded the first goal of the tournament in the round of 16 matches against Austria.

Here are the quarter-final matches:

Who will make it to the semi-finals? 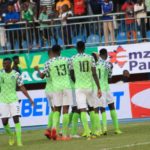 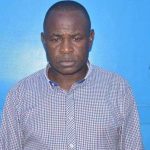 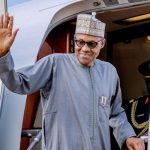 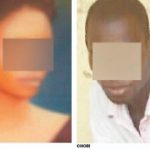 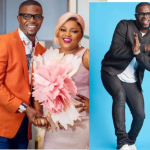