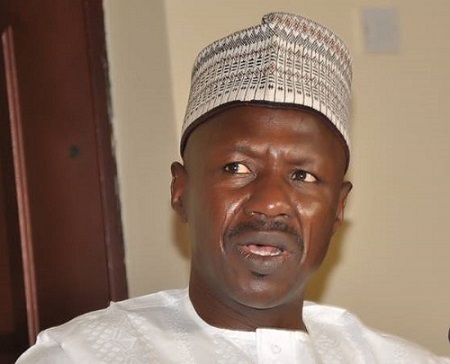 The Police Service Commission (PSC) has approved the promotion of 24 Commissioners of Police (CPs) to Assistant Inspectors General of Police (AIGs).

But the commission did not promote former Acting Chairman of the Economic and Financial Crimes Commission (EFCC), Ibrahim Magu, a Commissioner of Police (CP).

According to Ani, the decisions were the highpoints of the commission’s 12th plenary meeting held on Tuesday, July 6 and Wednesday, July 7, and presided over by PSC Chairman Musiliu Smith, a retired Inspector General of Police (IGP).

Ani said: “The commission declined the promotion of CP Magu pending clearance from the office of the Attorney General of the Federation (AGF) and Minister of Justice and the Office of the Inspector General of Police (IGP).”

Also, the Presidency has debunked reports that President Muhammadu Buhari attempted influencing the promotion of Magu.

An online medium had claimed that the President was pressuring the PSC to include Magu, who is believed to have been negatively portrayed by the report of the investigative panel, chaired by Justice Ayo Salami, on his activities at the EFCC.

In a statement last night in Abuja by the Senior Special Assistant to the President on Media and Publicity, Mallam Garba Shehu, the Presidency distanced President Buhari from the activities of the PSC.

Reacting to the report by the online medium, the Presidency said: “We will be happy if your paper can correct the misinformation published, that President Buhari has ordered the promotion of Commissioner of Police Ibrahim Magu.

“As you can see, the Peoples Democratic Party (PDP) has taken off from there, issuing one of those thoughtless press releases of theirs. President Buhari, or any Nigerian President for that matter, is not responsible for promotions in the police. That is the business of the PSC.

“In the case of the gentleman in question, who is currently under investigation, common sense dictates that his eligibility will be determined by that outcome.

“The PSC could have given you the correct position on this, if there was an effort to reach them.”