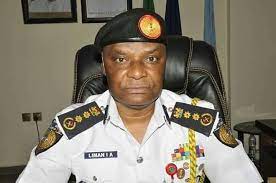 The Controller General of the Federal Fire Service, Dr. Liman Ibrahim, says the lack of fire safety management in the country poses a threat to national security.

Ibrahim said this at the opening of the 11th National Fire Conference on Monday in Jos.

He said: “Anything that threatens the physical wellbeing of the population or jeopardizes stable national economy, food security, wildlife and forest reserves as well as institutions, infrastructure, and national assets is considered a national security threat.

“So, it is high time to step up fire safety management as lack of it has the capacity to breach our national security.”

He said the conference aimed at addressing the challenges associated with fire safety management in the country.

Ibrahim further said the conference, which remained the highest technical session of the organization, would enable stakeholders to deliberate on contemporary issues.

Declaring the conference open, Mr. Bitrus Zurfa, the Plateau Commissioner for Housing, thanked the organization for holding the event in the state.

Zurfa, represented by the Permanent Secretary of the ministry, Mr. Alfred Dateol, described the conference as apt, saying it would proffer a solution to the fire incidences in the country.

“The recent fire in markets and other places across the nation has depleted the nation’s revenue.

“It is my hope that this conference will develop an effective preventive initiative to address these incidences in the country,” he said.

The National Daily reports that the theme of the conference is “Fire Safety Management as an Imperative to National Security”.