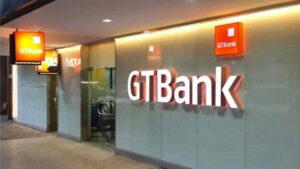 A grand plot to influence President Muhammadu Buhari to sack the Group Managing Director of the Nigerian National Petroleum Corporation (NNPC), Mallam Mele Kyari, has thickened, getting a kick from a coalition of Niger Delta Rights activists.

It was learnt at the weekend that Kyari, the 19th GMD allegedly “stepped on toes” over his stand on fuel subsidy and transparency.

Reacting to this, the Niger Delta Civil Society Group, which said it is also aware of this plot, maintained that transparency at the NNPC and the sanity in the oil industry will be under serious threats if the plot to get Buhari removed Kyari succeeds. President of the coalition,

Dr. Douglas Fabeke told this newspaper at the weekend that his group condemned the Nigerian Governors Forum (NGF) proposed increment of petrol pump price to N385, saying that it is capable of heightening the level of insecurity, youth restiveness and a total colllapse of the system.

Dr. Fabeke, who said that the group has support from other civil society groups, added that there is an underground plan to influence President Buhari to sack the GMD, NNPC which he said the group finds callous and inhumane.

Kyari, having published the NNPC audited account for the first time in the over 40 year-history of the corporation, written a letter to Accountant General of the Federation in April detailing burden of fuel subsidy and how this might cause the corporation to remove the under recovery from the monthly remittances to FAAC at the end of the month.

Kyari has acheived a lot in the area of accountability and transparency since when he assumed office as the GMD in July 2019. This new stand on subsidy, this newspaper gathered, has enraged some top politicians and a few governors who saw that as an affront and have begun to lobby the President to remove him.

“Pinched by what they considered as Kyari’s stoppage of fat pay (remittances to FAAC) due to burden of subsidy, the governors’ forum has, on the other hand, publicly declared support for subsidy removal but some powerful members of that forum, who believed that they were coerced by the GMD to quickly take the stand, have vowed to get rid of Kyari,” a source  the Presidency told New Telegraph on Sunday.

“Some of them have come to meet the President to express their displeasure over the way the NNPC GMD is making everything about NNPC known to the public.

To them, he should have continued with what he met on the ground. Publishing monthly financial and operational reports all the time will make everyone know what is happening to subsidy and it has already made journalists to be asking questions every month.

“The President has not said anything and this is why those who are considered very close to the him have been co-opted. This is the toughest part of it because the President is likely not to discard what these new recruits into the plot will tell him,” he added.

According to Dr. Fabeke, the proposal by the NGF is coming at a time when Nigeria is yet to recover from the disturbing effects of COVID-19 and is therefore, an act of laziness and self centeredness.

He said: “As you are already aware, there are desperate attempts by the Nigerian Governors Forum to pressurise the Federal Government and the Nigerian National Petroleum Corporation (NNPC) to increase the official pump price of petrol from N162 to N385 per litre, and also there is an underground plan to influence Mr. President to remove the GMD NNPC for refusing to approved the N380 per litre and also his commitment to address all the bad things that happened in the system and make a sustainable change in the oil and gas Industry.” The NNPC declined to comment on this issue.

It had, however, earlier clarified that the revenue projection contained in the letter to the Accountant General of the Federation (AGF), being cited in the media was only to the federation revenue stream being managed by the Corporation. Group General Manager, Group Public Affairs Division, Dr. Kennie Obateru, said that the projection was not a reflection of the overall financial performance of the Corporation.

“NNPC maintains that it is conscious of its role and is doing everything possible to shore up revenues and support the federation at all times.

“The shortfall will be remedied by the corporation as it relates only to the federation revenue stream being managed by the NNPC and does not reflect the overall financial performance of the corporation.

“The NNPC remains in positive financial trajectory for the period in question,” it stated. He further said that the corporation pledged to continue to pursue and observe its cost optimization process with a view to maximizing remittances to the Federation Account.

Obateru promised that the NNPC would continue to meet its financial obligations to the federation.

Despite this, Dr. Fabeke,  however, continued, the powers-that-be still wanted the GMD removed. Dr Fabeke expressed displeasure at the actions of the governors and called on the Federal Government and the NNPC to focus on revamping already existing refineries and encourage private investors to invest more in modular refineries.

He said: “We are disappointed at the action and attitude of the governors in taking such a decision that will have adverse effect on Nigerians.

“We condemn this move as insensitive and call on the Federal Government of Nigeria, NEC, and the NNPC to disregard this anti-people proposal of the NGF as its acceptance will further heat up the country.

“The government should rather make the refineries in Nigeria to work perfectly and also give an opportunities for private investors to invest more in modular refineries in order to boost local production and supply, create employment and increase the revenue of the country.”