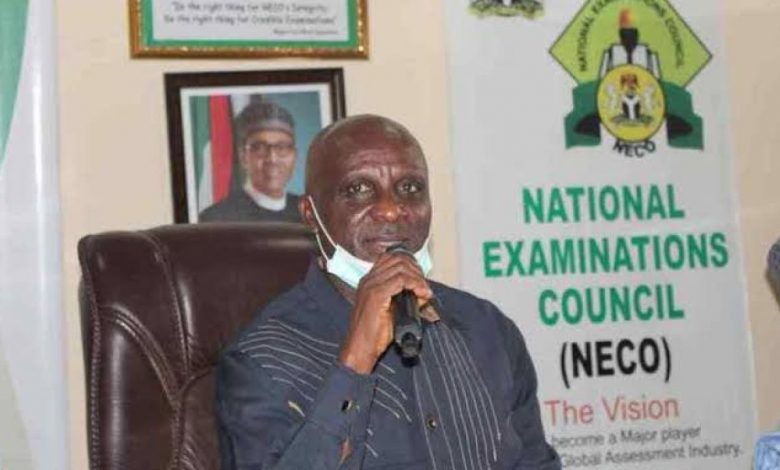 According to NEWS DIRECT, unidentified gunmen attacked Professor Godswill Obioma’s home on Monday night, strangling him in what his wife felt was an assassination.

“The assassins came in, killed him, and then fled without taking anything,” Elizabeth Obioma informed Peoples Gazette over the phone on Tuesday, June 1, 2021.

Mrs. Obioma, who was visibly upset, stated her husband, NECO Registrar Godswill Obioma, had just returned to Minna from a trip to Abuja when armed men waiting in his complex descended on him and strangled him.

A police spokesman did not immediately return a request seeking comments about the development, a report by Peoples Gazette said.

Recall that NECO Registrar Godswill Obioma has been facing threats to remove him from office as the head of NECO, a prominent examination body run by the Nigerian government.

The 67-year-old Obioma, was appointed NECO Registrar barely a year ago on May 14, 2020. He hailed from Abia in Nigeria’s Igbo-dominated South-East region.

Meanwhile, the murder of NECO Registrar Godswill Obioma came barely a day after Ahmed Gulak, a top politician of the ruling APC, was gunned down in Owerri, raising widespread fears of insecurity.