This is contained in a statement by the Secretary to the State Government, Danjuma Ali on Tuesday in Maiduguri.

Ali said the Commissioner for Animal Resources and Fisheries Development, Juliana Bitrus, moves to the Ministry of Health and Human Services.

The Commissioner for Environment, Alhaji Lawan Walama moves to the Ministry of Animal Resources and Fisheries Development.

He also said that the Commissioner for Justice, Mr Kaka-Shehu Lawan is to oversee the Ministry of Environment.

In another development, Gov. Zulum has approved the reconstitution of the board of  the Borno Primary Health Care Development Agency with Ahmed Tijani as Chairman.

Ali said that Gov. Zulum also approved the appointment of Dr Joseph Jatau as Chairman of the Borno Hospital Management Board with immediate effect. 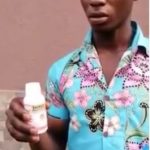