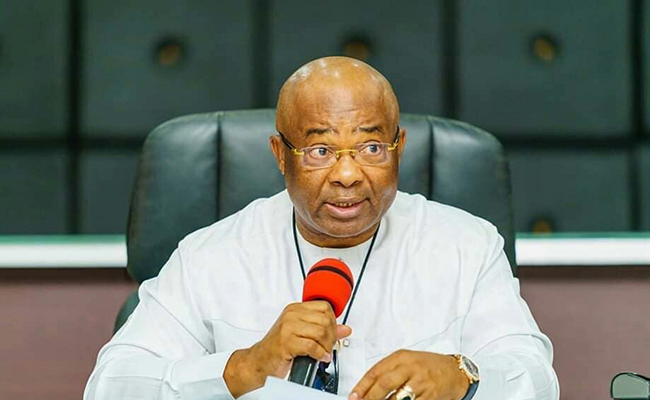 Imo state governor Senator Hope Uzodinma on Wednesday sacked 20 out of his 28 Commissioners.

The sacking of the 20 Commissioners came bearing one month after the governor  appointed new Commissioners for Finance and Health.

The eight Commissioners not affected include Health, Youth and Sports, Tourism, Information and Strategy, Woman Affairs, Works, Finance and Technology.

The governor had two weeks ago alleged that some of his appointees were moles sabotaging his administration.

The sacking of the 20 Commissioners came as a surprise to the affected appointees, as there was no sign that the announcement would be made.

Our correspondent reports that  the affected Commissioners attended the weekly state executive council meeting where governor announced their sack.

The sacked  commissioners who attended the weekly Exco meeting were not allowed to go home with their cars from Government House.

The Chief Press Secretary to the governor, Nwachuku Oguwike, who confirmed the development said that the governor wished the affected appointee well in their future endeavors

He stated that,” the news is correct. 20 Commissioners were affected while eight were not affected.

The reason is to infuse new blood and add more value to the governance system of the state.”

The state Commissioner for information and Strategy, Declan Emelumba, also confirmed the sacking of the Commissioners when contacted by our correspondent on Wednesday afternoon.