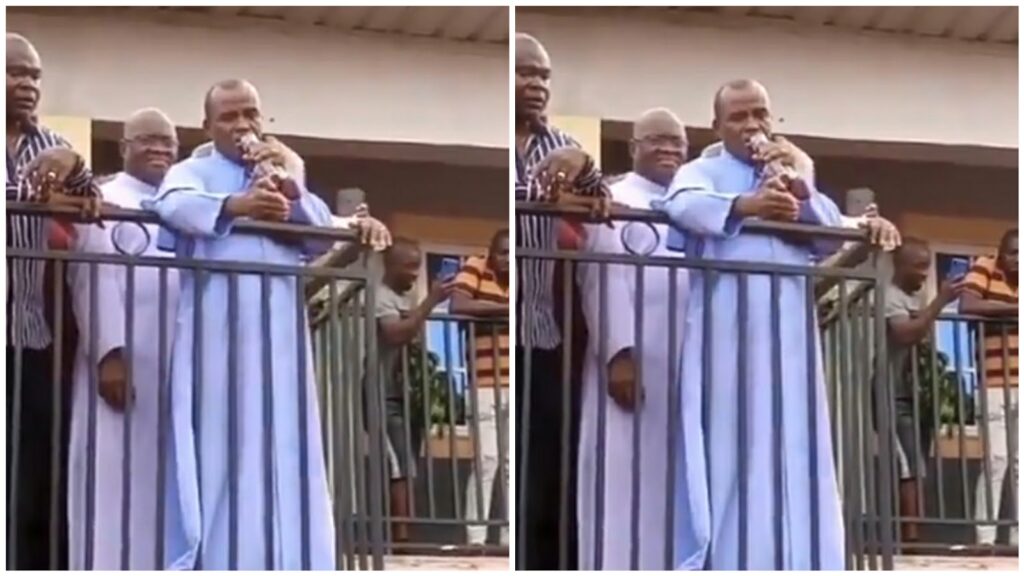 (Video) “If not for the protest, it might have been worse” – Father Mbaka breaks silence

Nigerian Catholic priest, Father Ejike Mbaka, has finally broken silence on his sudden disappearance or kidnap in Enugu today. After being released, he briefly addressed his church members and fans. 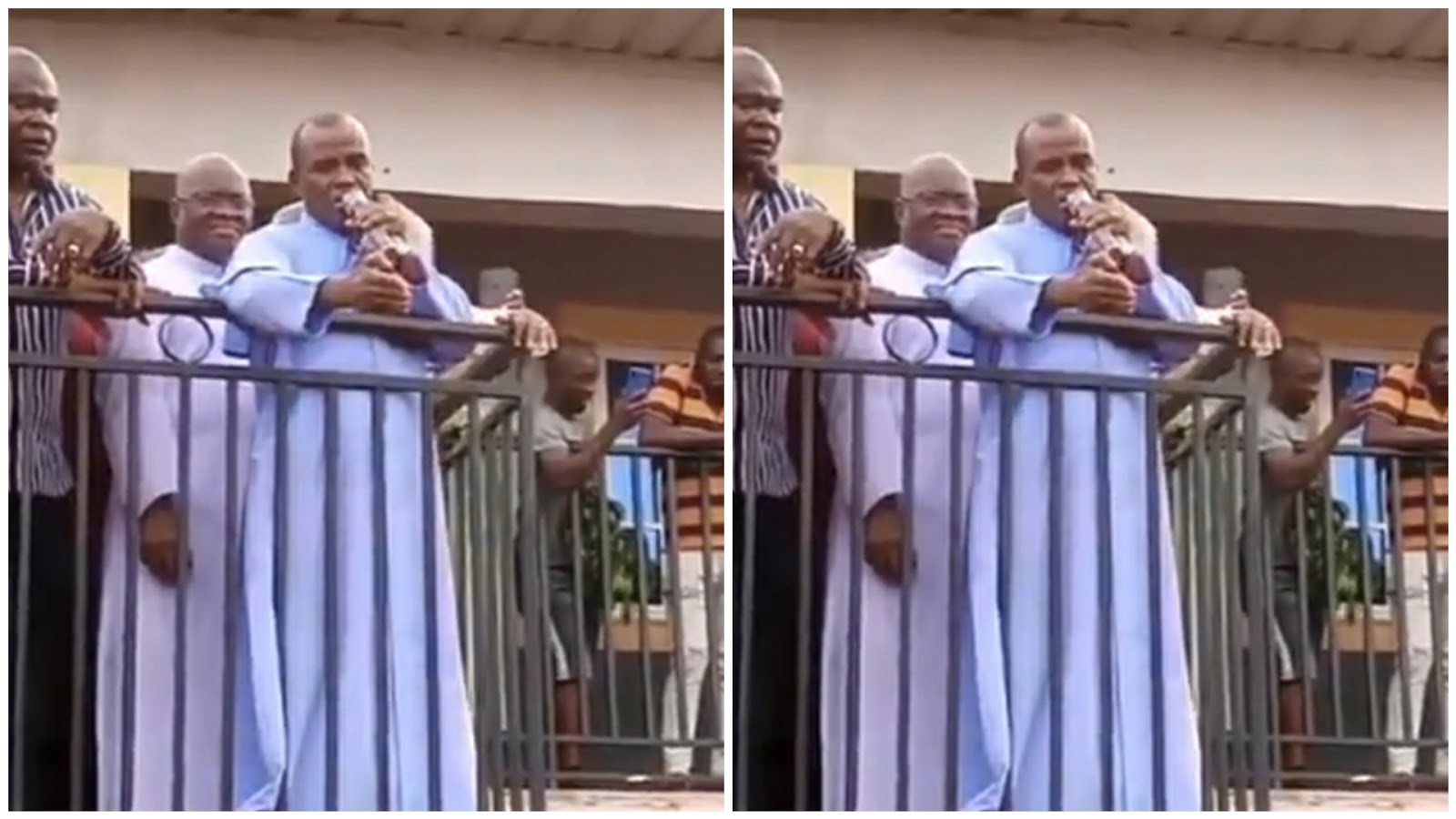 In the video, Father Mbaka, says that if not for the protest carried out by his church members and fans, he wouldn’t have known what the outcome might be. After saying that part, his church members screamed in astonishment.
Father Mbaka’s sudden disappearance came after he became vocal and started calling President Muhammadu Buhari and his cohorts out. Our reporters have tried to reach out to Father Mbaka, but to no avail.
Recall that earlier today, it was announced by the Ohanaeze leader that Father Mbaka had been kidnapped. Shortly after his announcement, fans took to the streets of Enugu to protest. He says
“We have it on good authority that his aides have neither seen nor heard from him since Tuesday.
“Calls put to his mobile line have also remained unanswered; this has now prompted us to issue this alarm as we would not take it lightly should anything untoward happens to him.
“We are giving the Federal Government 48 hours to produce the priest, else they should be ready to face Igbo youths. They were dining and wining with him all along and now that he told the truth, they are no longer comfortable with him.
Let nothing happen to Rev. Fr. Ejike Mbaka. It will not be in anybody’s interest.”
Video below: