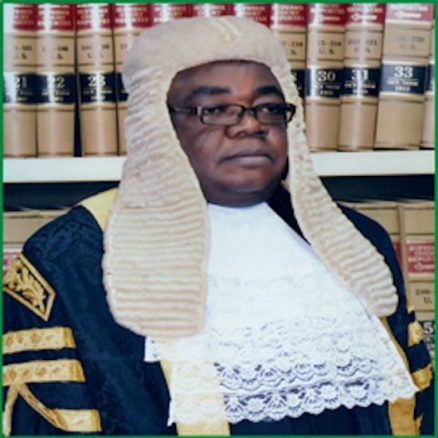 He said  that the sensitisation would enable youths  know the dangers of illegal migration and human trafficking “embedded in deception and fraud.’’

Nweze spoke at the University of Nigeria Nsukka (UNN)  during the 2nd International Conference of Grace Uzoma Okonkwo Foundation.

His keynote address is entitled:  “Migration and Neo-slavery as Significant Features of the 21st Century.”

“NOA must wake up to its responsibilities; it should educate Nigerians on the deception of traffickers and dangers inherent in illegal migration.

“More information dissemination backed by testimonies of repatriated persons will  go a long way to dissuade  youths from offering themselves as persons to be trafficked.

“The agency should use persuasion approach toward halting the increasing level of human trafficking in Nigeria,” he said.

The judge of the apex court who was represented by Justice  C . A. Ogbuabor of Enugu State High Court, also advised the  National Agency for the Prohibition of Trafficking in Persons (NAPTIP) to  engage civil society organisations and experts with experience in identifying traffickers and prosecuting them.

“There must also be  a robust engagement with traditional institutions and community leaders to assist NAPTIP identify traffickers and  torture houses in their communities,” he said.

According to him,  such multi-lateral collaborations will help  to stem the tide and ultimately eliminate domestic trafficking and slavery in Nigeria.

Nweze advised NAPTIP to consider instituting a whistle-blowing policy and a reward system for informants who sent intelligence reports on the activities of traffickers to the agency.

“This will help NAPTIP to have adequate information on activities of traffickers and their collaborators, ” he said.

In a paper titled “Migration and Neo-slavery as Significant Features of the 21st Century: The Role of Education and Mothers,” Dr Pat Okeke, Proprietress of Supreme Knowledge Comprehensive School, Nkpor-Onitsha, Anambra, said proper education and good family orientation would help solve the problems of trafficking and illegal migrations.

“Education plays a vital role in the lives of youths for proper and informed decisions at any point in time.

“Good family upbringing and closeness of mothers to their children will not only mitigate the rate of illegal migrations but will nip the action in the bud.

“Mothers should always ensure that their children confide in them in whatever decision or action they take,” she said.

She,  however, blamed the rate of migration  to the harsh economic realities in the country.

“Some youths resort to crossing the Mediterranean Sea or travelling through the desert to Europe in search of greener pastures to measure up with their mates or to fend for their families,’’ she said.

In his  remarks,   Prof. Charles Igwe, the Vice-Chancellor of UNN commended the organisers of the conference and described the topic as very apt.

Igwe said given the adverse effects of illegal migrations and trafficking  in the country, the conference should proffer solutions that would make youths in the country to know that going to Europe did not mean becoming rich overnight or instantly.

Earlier, Prof.  Florence Orabueze,  the Director of Institute of Africa Studies and Chairman of Grace Uzoma Okonkwo Foundation, said the aim of the conference was to find solutions to illegal migration that had claimed the lives of many youths.

“These wicked human traffickers deceive some of our youths in the country by promising them heaven on earth.

“But at last, these youths usually end up  working in plantations, in hotels as prostitutes and other odd jobs which amount to abuse and enslavement,” she said.

NAN reports that the conference was organised by Grace Uzoma Okonkwo Foundation in collaboration with Institute of Africa Studies and Department of English and Literary Studies, UNN.