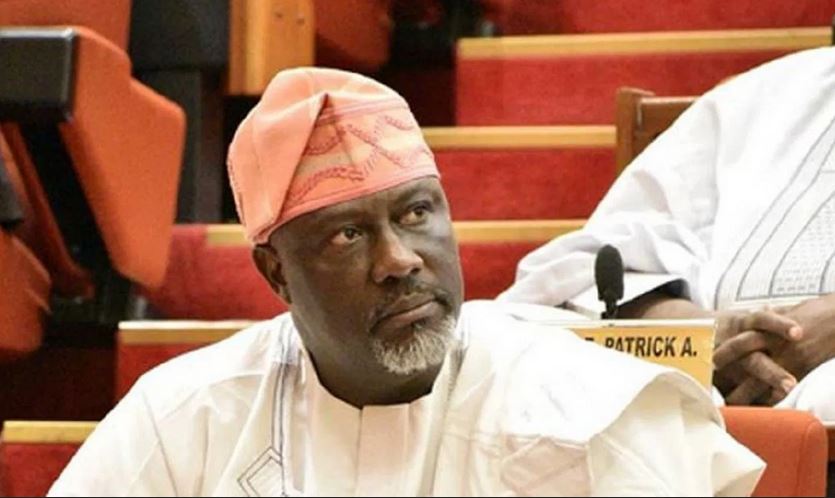 Dino Melaye, A former senator representing Kogi West, has alerted Nigerians that the failure of the management of the Nigerian National Petroleum Corporation to remit to the federation account for some months this year will make it difficult for states to pay salaries for the affected months.

Melaye spoke about a recent letter written by the NNPC to the Accountant General of Federation, informing him about the economic challenges facing the petroleum corporation.

SaharaReporters had reported how the NNPC on Wednesday raised the alarm that it recorded a value shortfall of N111,966,456,903.74 in February 2021 which will affect its contributions to the federal allocations to states for April and May.

The NNPC in its correspondence dated April 26 explained that its shortfall is as a result of the landing cost of fuel which went up to “N184 per litre as against the subsisting ex-coastal price of N128 per litre” as the Nigerian government and labour unions were still negotiating how on not to hike fuel prices.

The NNPC Chief Financial Officer, Umar Ajlya Isa, wrote the letter, which was copied to the Minister of Finance, Budget, and National Planning, the Director General, Nigeria Governors Forum, the Director Home Finance and the Chairman, Commissioners of Finance Forum.

The former Senator, in a video posted on social media, said the NNPC cited the landing cost of PMS in the month of March which was N184 as against N124.

He said, “I am terribly worried as we faced insecurity challenges in this country. The more alarming danger of economy crisis that is looming is ahead of us. I want to announce to Nigeria because I know we have a government that is not sincere, not honest and would not tell Nigerians the truth.

“I owe it as an obligation to tell Nigerians the bitter truth. I stumbled on a letter written by the NNPC and specifically signed by the chief financial officer of the NNPC, Umaru Ajia Issa to the accountant general of federation intimating him that there would be zero contribution from NNPC to the national purse in the months of May, June and July. Meaning that we should expect zero allocation from NNPC for those months.

“The implementation is that the revenue in these three months will only come from Nigeria customs and FIRS (Federal Inland Revenue Service). We all know that the bulk of the revenue comes from NNPC. But now, the NNPC had written the accountant general of federation to announce to him officially that NNPC will not be able to contribute to FAAC in the said months because the landing cost of PMS (Premium Motor Spirit otherwise known as petrol) in the month of March was N184 as against N124. So because if this, NNPC is not in position to contribute to the revenue that will be share among the three tiers of government.

“The implication is that state will not be able to survive. States won’t be able to pay salaries. This is a major catastrophy. This is happening because of the ineptitude of the leadership.

“It is happening because we have no leadership at the moment. The President is absent and it is the time for Nigerians to know so that we can act. We are in a precarious situation and a very perilous time. The leadership is absent. We can only run to God. In unjust society, silence is a crime.”