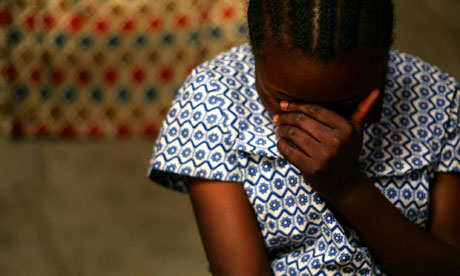 Lady Reveals Shocking Reason Why She Stopped Having Female Friends

A lady has revealed the sad thing that made her take the decision never to have female friends.

“Why I will never Have female friends Or Keep people in my house.

In 2015, I helped some girls stayed in my house, living rent free, never collected a dime from them, not even light bill or nepa bill, or even gas bill,

I have people that dash me gifts, as in expensive gifts, huge monies, and all sort, I’d bring it home show my friends that I assume they are my sisters and I love them, I will go out and bring stuff home for everyone, they go out too enjoy themselves and all, I don’t care since we are all getting it.

One time there was an issue between these two girls, that was how wahala started and u know girls, whatever they say behind u when fight starts they’d start saying what the other person said In secret.

That was how one of them started saying Bj…Bj was my other name(Bolaji) see Peace said you are using our glory, that u are doing juju that’s why u get things more than us, that’s why good guys come to you, To the extent that she said they both stole my Then Pilot boyfriend’s number and one of them was chatting him.

Then, I don’t password my phone cos I trusted them and I don’t see the need to lock my phone, the one that was chatting the guy set a meet up with the stupid dude, when he wanted to come pick up the babe he realized it was my house.

All those times not knowing when I’m chatting the guy, the pictures of him at work that he always send, he send the same to the babe too, when we are in the room I always notice these babes laughing but kilo kan mi(what is my own conzaine) so I thought it some funny stuff.

They are watching on the internet, one even said whenever I go out they go inside my drawer spray my perfume I bought for #700 at leisure mall on their body, that’s where my juju is, the other lady even said they use my soap when I’m out cos na there dem believe say my juju Dey.

I was shocked when I heard all of this like ahhh Egbami, me that my soap is just carrot soap… The grace I carried Dey different from theirs but they fail to understand… Twas God that will vindicate me that made them fight and start saying everything.

One even said whenever we are all in The room, the both of them will be chatting and gossiping about me…all this made me never ever to have friends, I ran way from everybody, I do my thing on my own, thank God the Envy didn’t get to them to take any of my things to babalawo House….God watched over made, I didn’t do nothing to them than help them and take them as my sisters, one major reason I don’t keep friends or call anyone my friend.

If there’s any other thing to qualify devilish that’s what they are, one of them even stole my phone Samsung galaxy s6 edge then”

Why I will never Have female friends Or Keep people in my house
A thread
In 2015, I helped some girls stayed in my house, living rent free, never collected a dime from them, not even light bill or nepa bill, or even gas bill, I have people that dash be gifts, as in….