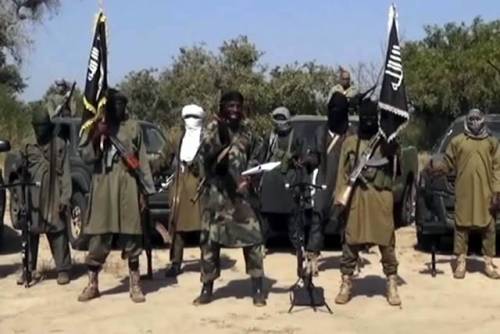 It has been reported that some militants from the Islamic State-backed faction of Boko Haram, the Islamic State West Africa Province (ISWAP), formerly known as Jamā’at Ahl as-Sunnah lid-Da’wah wa’l-Jihād have begun inducing residents of Geidam, Yobe State, with cash gifts while hoping to get some of them to join its ranks as militants.

According to HumAngle, the group had shared N20,000 to well over 50 households as of Tuesday evening.

The terror group had invaded the local government area on the evening of Friday, April 23, and since held sway over the territory, defying attempts by the Nigerian military to recapture the place.

They also hoisted their flag and distributed propaganda leaflets, inviting residents to join their group.

“My people are helpless, you can’t imagine that as a full Nigerian citizen you can be at the mercy of Boko Haram for the past 24 hours and nobody cares to do anything about it,” lamented Lawan Shettima, the federal lawmaker representing the locality, on Saturday, disputing claims that the Nigerian military had dealt a heavy blow to the invaders.

Many residents of the town have fled, including the state capital Damaturu. One of them, Rawana Usman, said the terrorists killed two Christian employees of a non-governmental organisation in his neighbourhood.

“They were going round houses targeting Christians, NGO workers and those that are educated in the western schools,” he said.

“When I heard of the selective killings, I couldn’t resist, I left abruptly. I can say that there were soldiers engaging them. They have been doing their best to push out the terrorists, but I can tell you that these boys were moving normally in the town up to the time I left.”

A 2019 report by the International Crisis Group, a non-profit think tank, observed that ISWAP’s approach to recruiting new fighters proved effective. Despite breaking away from the Abubakar Shekau-led Boko Haram faction in 2016, the population of its fighters had roughly doubled those of the latter according to estimates.

“Although its leadership has been largely ethnic Kanuri, ISWAP has recruited significantly among lacustrine communities, notably the ethnic Buduma, many of whom earn a living from fishing,” the group wrote.

The Institute for Security Studies (ISS) has made similar observations.

“As part of this approach, the ideological aspect of the crisis must be dealt with. The ability of the group to recruit is one of the biggest reasons for its expansion, and so a deeper understanding of its recruitment patterns and operating mechanisms is crucial,” ISS senior researcher Remadji Hoinathy warned in May 2019.

Often ISWAP exploits gaps in governance by trying to prove that it can provide essential services in the areas under its control.