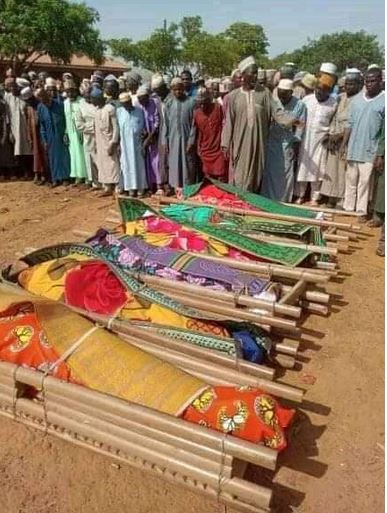 It was gathered that the heavily armed bandits opened fire on some persons along the road in the early hours of Monday, April 26.

According to a source, who spoke to Vanguard, the bandits killed four persons in Sayau Kasuwa, one in Unguwa Nakaba and the other person in Sayau Malamai.

“The incident happened in the midnight around 00:40 am when the bandits were passing by with their guns and suddenly clashed with the persons on the way. They shot sporadically killing four persons in Sayau kasuwa,” the source said.

“They shot one in Unguwa Nakaba and another in Sayau Malamai. Three died on the spot and the three others were rushed to Funtua General hospital where they eventually died around 3:00 am,” the source added.