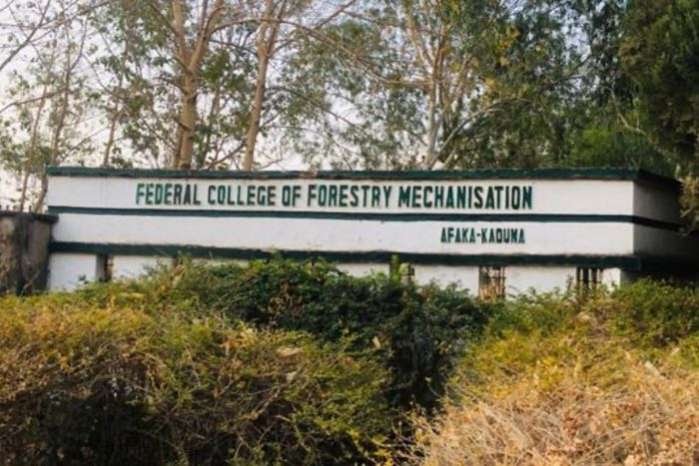 According to a video released by the gunmen on Tuesday, the remaining 29 students of the Federal College of Forestry Mechanisation, Afaka, Kaduna State, who were abducted by bandits appear to be suffering at the hands of their captors.

On March 12, 2021, gunmen stormed the school and kidnapped 39 students, including a pregnant woman.

A video of the students sitting on the ground in an undisclosed area, guarded by armed men whose names were obscured, surfaced online a day after the abduction.

The victims, who saw the armed men torturing them, pleaded to the government to save them.

The bandits released 10 of the abducted students between April 5 and April 8, leaving 29 of them in captivity.

A bandit was heard speaking in Hausa and later Fulfulde in another video released on Tuesday in an undisclosed location.

The gunmen asked some of the students to come forward and talk to the camera in the four-minute-and-56-second video, which was shot at night.

The pregnant woman named by the bandits as Hajiya pleaded with their parents to save them in the video.

“We are pleading with our parents to assist us because we are exhausted and hungry. They should do whatever they can to get us out of here. We’ve been here for 47 days, almost everybody is sick, and there’s no food. Even when it rains, we sleep in the open,” she said.

Kaduna is one of Nigeria’s states with the highest rate of bandit kidnappings.

Greenfield University, a private institution in the Chukun Local Government Area, was abducted on April 20 by an undisclosed number of students. The assault also resulted in the shooting of a security guard.

The number of students kidnapped from the school has not been officially verified, but five of them have already been killed by their kidnappers.

After an attack by gunmen on April 22, two nurses were kidnapped from Idon Hospital in Kajuru LGA of the state.

The armed men allegedly entered the hospital through the fence, opened fire, and kidnapped the nurses working the night shift.