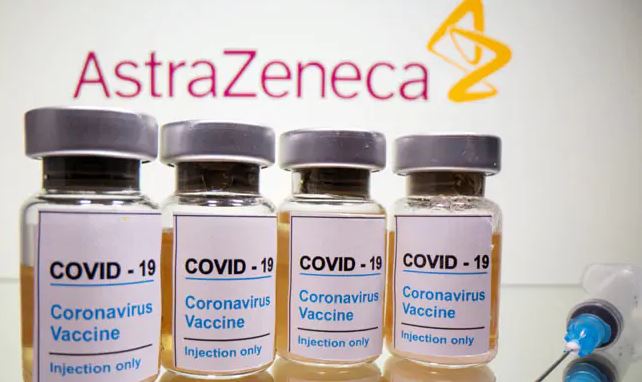 A 31-year-old woman identified as Goselle Manya is fighting for her life after she was administered a dose of the  AstraZeneca vaccine for the prevention of COVID-19 in Nasarawa state.

Goselle, a volunteer staff with a Primary health care centre, located in Azuba Bashiyi, Shabu development Area of Lafia Local government of the state is reportedly ill after receiving the mandatory AstraZeneca vaccine in the state.

According to her, “after I took the vaccine, 15 minutes later I started feeling dizzy but thought the effect was just a usual sign, not until when I got home I started having severe headache with chest pain.

“I never had any sign of illness until the vaccine was administered on me”, Goselle Manya declared.

The health workers explained that she reported the effect of the vaccine at the facility where she is serving as a volunteer and was told it was malaria adding that after taking the malaria drug and other treatments the situation became worst.

“Three weeks after I completed the malaria treatment, I started having rashes all over my body with persistent severe headache, as the situation continued, one of my church members, a NAFDAC staff, who was concerned about my health situation asked me to come to their office for further examination.

“When I got there the officers asked me some questions and later took me to Dalhatu Arafat Specialist hospital where they admitted me for three days.

“The doctor asked me to run some test before further treatment could be carried out which requires a huge amount of money and I don’t have the money. I am just a volunteer health worker”, Goselle Manya lamented.

According to her, “the doctor who was pathetic about my health situation gave her a phone number to call and seek for financial support to cover for the tests to be conducted but since then nobody has picked her call or send her anything.

“I am still down. I can’t go to work and I don’t have money to carry out the test recommended by the doctor. I am still sourcing for financial support from the body responsible for victims of side effects of the vaccine”, the victim stated.

At the time of this interview, Goselle Manya was still down and could hardly speak audibly from her sick resident in Shabu.