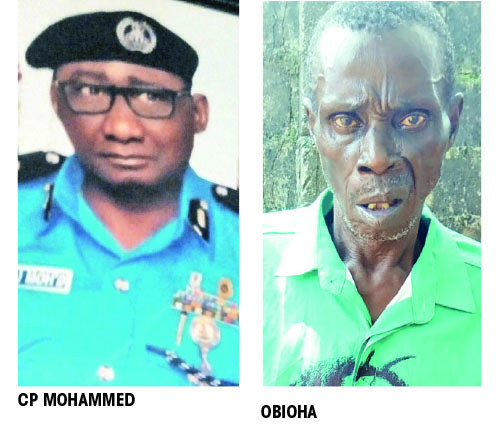 According to Sun News, more than 150 of the inmates that escaped from the Correction Centre in Owerri, Imo State after a jail break of April 5 when hoodlums attacked the facility have returned, according to the Imo State Police Command.

About 1, 884 inmates were set free at the facility when armed men attacked the centre on the fateful day.

The operation to get back the inmates was carried out by operatives of the Imo State Police Command in conjunction with members of the IRT Team, various Mobile Police units and others.

Some of the inmates were arrested in their villages while some were picked up at various motor parks while trying to change their clothes and leave town.

It was further gathered that some arrests were facilitated by some community youths and traditional rulers. Villagers rounded up about five of the inmates and returned them to the police authorities.

It was gathered that some of the escapee inmates called the investigating police officers (IPOs) in charge of their cases who advised them to return to the Correctional Centre. Many of the prisoners also returned to the centre voluntarily.

One of the IPOs who spoke to Saturday Sun on condition of anonymity said about ten of the inmates who were freed from the prison called him and sought his advice on what to do. He said he advised them to return to the prison, adding that they complied immediately.

One of such inmates is a 60-year-old man, Fabian Obioha. He is facing  trial in the High Court 1 in Owerri, Imo state for kidnapping and possession of arms and ammunition.

The police in Owerri said the incident  that occurred on April 5 when armed men overran the Imo State Police Command headquarters and burnt over 36 operational vehicles and 16 private cars parked within the headquarters has made the Imo police officers to be at alert.

Saturday Sun gathered that in the last three months, no fewer than 12 police formations were attacked and razed by yet unidentified gunmen. They include Obowo Aboh Mbaise, Isiala Mbano, Etiti Ehime Mbano, Orlu, Orusu, Nwaorieubi, Ahiazu baise, Ezinihitte Mbaise, Mbieri and Nwaorieubi. The gunmen also attacked the judiciary, as magistrate courts in Ngor Okpala and Ihitle Uboma councils were torched.

Imo State Commissioner of Police, Mr. Nasiru Mohammed told Saturday Sun: “It was quite unfortunate. I want to give kudos to my police personnel who took the attack as a challenge and made sure nothing like that has happened here again. We have started arresting some of the inmates who escaped from the correctional centre. Some of them were arrested in the villages and some in their hideouts.

“I want to thank the Acting Inspector General of Police, Mr. Usman Baba Aikali who has assisted the command by sending more personnel from Abuja. We have the IRT team, different mobile personnel from different squadrons, tactical team who are working in joint operation with our personnel and this has resulted in some achievements and Imo state is calm now.

“Imo State is calm. The morale of my officers is high. We don’t want the people to panic; they should still build their confidence in us that police are still their friend. All the other security agencies plus the state government are working tirelessly to make sure the hoodlums are brought to book. From some of the suspects arrested, we recovered arms and ammunition like AK47 rifles, pump action and cartridges.

“We have arrested 25 suspected criminals who are terrorising the state. We are not relenting in our efforts. We are going after them. We are still investigating them to enable us arrest the other syndicate members.”

One of the traditional rulers in Owerri, Chief Obi Amadi stated that the ugly incident that happened in Imo state on April 5, 2021 was a shame on the state.

“This is the time to rise and fight the hoodlums. We have assisted the police in re-arresting in our community some of the inmates who escaped from the prison. We have handed them over to the police. I want the Imo State police officers to bounce back and face the challenges in the state, because we still have confidence in the police.”

An officer of the National Association of Nigerian Students Union, Owerri Chapter, Philip Samuel said the youths were not in support of the hoodlums who attacked the Imo State Police Command Headquarters and freed inmates of the Owerri Correctional Centre.

“We sympathise with the Commissioner of Police, Mr. Nasiru Mohammed and we are ready to assist him in arresting some of the inmates that escaped,” he said.