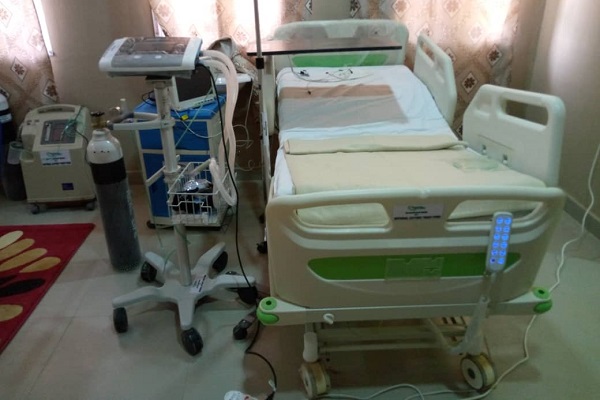 Gov. Abdullahi Sule of Nasarawa State at the occasion expressed delight over the gesture by the NLTF, stressing that it would reduce the already overstretched facilities at the clinic.

The governor, represented by the Commissioner for Works and Transportations, Mr Philip Dada, said that the gesture came at the right time, looking at the population of the residents within the area.

Sule described the event as historic, being initiated by Mr Festus Daudu, Permanent Secretary, Ministry of Communications and Digital Economy, who is also an indigene of the area.

“This is historic because this effort has been initiated by an outstanding son of Nasarawa State, Mr Festus Daudu.

“The occasion is equally historic because looking at the needs of the people he decided to facilitate in an area that touches the people most-the issues of health.

“And so, he decided to midwife it, using his office to facilitate such a gesture,” he said.

According to him, the event reflects the degree of synergy that existed between the three tiers of government and the occasion is the product of the synergy.

“The Primary Healthcare Centre is the facility of the local government, and the intervention is by the Federal Government and we are happy that this has come to manifest the level of synergy that we enjoy in the state.

“On this note, I want to thank President Muhammadu Buhari for always doing the things that matter to the citizens of this country,” he commended.

In his address of welcome, the Executive Secretary of NLTF, Dr Bello Maigari,  said the occasion represented another significant milestone in the funding of lottery good causes in the country, adding it was one of the resonances in the entire lottery industry.

Maigari announced the items donated to include one digital X-ray, 10 kidney Disc, five Thermometer, 10 HIV Kits, one Colour Ultra Sound machine and one Genotype machine, one Operation Bed among other major equipment amounted to 34 items.

“The essence of the intervention was to provide vital medical equipment to under-served communities to save lives and reserving the deteriorating health conditions leveraging the use of hi-tech diagnostic equipment.

“This is also to provide high standards of care to a vulnerable segment of society with a sizable percentage of states across the six-geo-political zones covered so far in this phase of the intervention,’’ he said.

In his remark, Mr Festus Daudu, the facilitator of the gesture said the initiative was a collective commitment to continue in the fight against the COVID-19 pandemic in the country.

“This ceremony could not have come at any better time than now, considering the fact that I have exactly one week from today to exit the service of the Federal Civil Service of Nigeria.

“I, therefore, consider this landmark achievement as my parting gift to my people not only in New Karu, but in Nasarawa State as a whole,” he remarked.